AT&T had been rumored to have the HTC One mini up its sleeve for some point later on this year and today, the carrier finally confirmed all of the release details, announcing both the HTC One mini release date and price.

For weeks, AT&T was rumored to be releasing the smaller version of the HTC One, a device known as the HTC One mini that blends characteristics of the HTC One into a smaller frame. It was clear that the device, already official in other regions, was coming to the American network it was just a matter of when. Today though, AT&T cleared it all up. 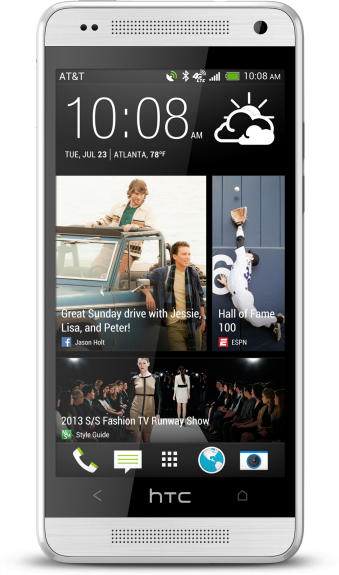 The AT&T HTC One mini arrives on August 23rd.

The carrier announced that the HTC One mini release date will fall on August 23rd, just a few short days from now, and that the price of the device will check in at $99.99 on-contract, or $100 less than what it charges for the larger HTC One.

AT&T also confirmed the specifications for its HTC One mini, revealing that it will be coming with the same specs that arrived on the models that have arrived elsewhere around the globe.

The HTC One mini comes with a 4.3-inch Super LCD 2 HD 720p display, aSnapdragon™ 400 dual-core 1.4 GHz processor, an UltraPixel Camera, and the new Sense 5 that arrived with the HTC One earlier this year.

AT&T says that the device is an exclusive to AT&T which means that it may hold either a timely or permanent exclusive over the smaller HTC One. Rumors in regards to other carriers have not surfaced, a sign that this may be locked down to AT&T, just like the 64GB HTC One.

AT&T’s HTC One will come to the United States to battle devices like the Galaxy S4 Mini which is expected to land on at least a couple of American carriers in the days ahead. And with its sleek metal design, it also should have a broader appeal than most cheap smartphones which typically come with cheap feeling plastic and lesser specifications.