One of the drawbacks of AT&T’s HTC One X has been the fact that its bootloader is locked down. HTC has not yet released a bootloader unlock tool leaving some to wonder whether an “official” method would ever arrive. Well, it hasn’t arrived yet but it seems that there is an HTC One X bootloader unlock process available nonetheless.

Over at XDA-Forums, a member by the name of grankin01 has come up with a way to unlock the bootloader on AT&T’s HTC One X. As Android Police points out, grankin01 has essentially tricked the AT&T model into thinking its the Rogers HTC One X, a Canadian version of the device whose bootloader is indeed unlocked.

Now, unfortunately, the method is going to take a little bit of work. So, those that don’t have a firm grasp over command line commands should tread carefully. In addition, the phone needs to be rooted before the process can be performed. A hex editor, HxD is one to look at, is also required. 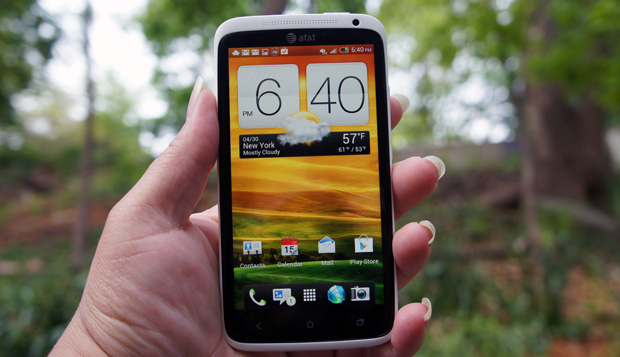 The process will also wipe out everything on the device so those who are thinking about taking the plunge will want to back up all of that data.

There is also a chance that the process could go awry so One X owners will, again, want to be sure before performing the bootloader unlock  process.

Following the instructions below in their entirety should lead to an unlocked bootloader on the AT&T HTC One X. As usual, please be careful when doing this. We can’t be responsible for what happens to the device.

You need ADB and an understanding of how to use it and have a rooted device (although I didn’t test this). You will also need a hex editor like HxD.

BACK UP YOUR DATA BEFORE DOING THIS!!!! WHEN HTCDEV UNLOCKS YOUR DEVICE YOU MUST START FROM SCRATCH!!!

1. Fire up your command prompt and go to the directory that you have ADB installed to. Type “adb shell” and hit enter.

2. Type “su” and hit enter. You now have root privileges.

3. Next type “dd if=/dev/block/mmcblk0p4 of=/sdcard/mmcblk0p4” and hit enter. This will dump the partition to your sdcard.

4. Next type “exit”, hit enter, type “exit”, and hit enter again. This should take you back to a command prompt for your computer.

6. Open the file (mmcblk0p4) with your hex editor.

9. Now go back to your command prompt and type “adb push mmcblk0p4MOD /sdcard/mmcblk0p4MOD” and hit enter.

12. Next type “fastboot oem get_identifier_token” and hit enter. Leave that up on your screen and go to HTCdev.com. Follow the instructions from there.

After following those steps, the bootloader should be unlocked which will allow users to install custom ROMs.

For now, this is the only way to unlock the AT&T HTC One X’s bootloader but hopefully AT&T relents and we see an “official” method arrive in the near future.