AT&T customers that want to buy the iPhone 5 on release date, but are locked into contracts can take advantage of an iPhone early upgrade deal that could cut the off contract price by several hundred dollars for select customers.

When we logged in to check the upgrade status for several lines with an iPhone 4S, we saw an offer to take advantage of an early iPhone discount.

This is AT&T’s way of keeping customers that want to upgrade faster than every two years happy, while still making money on the phone purchase. Not every user will see the early iPhone discount, but users who do can plan to upgrade tot he iPhone 5 in September at less than retail pricing. 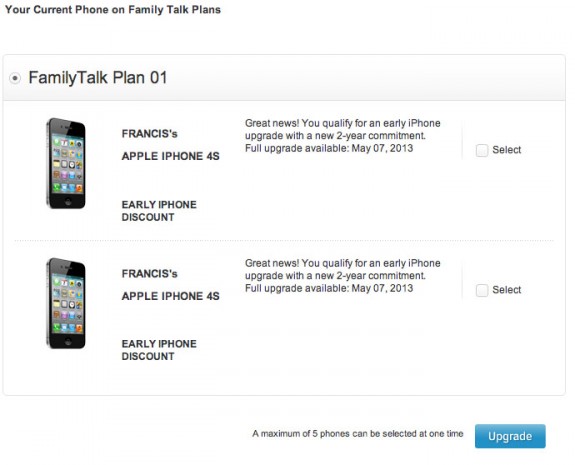 The deal is basically a $250 fee on top of the current two-year promotional pricing. Apple did not announce the iPhone pricing in the press invitation sent today, but we expect iPhone 5 prices will remain the same. 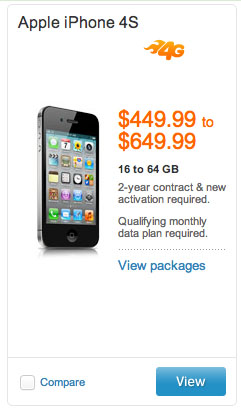 Soon to be an iPhone 5 deal.

If the iPhone 5 price starts at $199, many AT&T customers can buy the iPhone 5 on release date for the discounted prices below.

That’s a discount of $200 of the regular off contract pricing that many iPhone upgraders on Verizon and Sprint will face. This may sound obscenely expensive to users who are used to paying $199 for a new iPhone, but it’s a deal compared to the $649 off contract price for a 16GB iPhone 4S

This deal is especially appealing because it is available to users who purchased the iPhone 4S last year, even with upgrade renewal dates in the middle of 2013.

The deal isn’t just limited to iPhone owners, so users who are thinking of switching from Android to the iPhone 5 should log into their AT&T account online to check for the deal.

The early iPhone discount requires a new two-year contract, while the full contract pricing will not extend any current contracts. Users who can’t borrow a family member’s upgrade should check on this option.

AT&T offered the early upgrade option to all prospective iPhone 4 buyers in 2010, and offered a similar upgrade to many users when the iPhone 4S launched in 2011.

Apple sent out invites to the iPhone 5 announcement today, and we expect a September 21st iPhone 5 release date. The iPhone 5 is rumored to feature a larger 4-inch display, new design and faster 4G LTE connectivity.

Catch up on the latest iPhone 5 Rumors.