The impressive LG G4 has now been announced by all major carriers in the United States, and will be on shelves starting next week. This morning the last carrier, AT&T, finally released its LG G4 launch date details. Here we run down five things buyers need to know as the release nears.

Late last month LG took the stage in New York City and announced the all-new redesigned LG G4 after months of rumors, speculation, and small teasers. It went on sale in Korea the very next day, and will be available in the U.S. from Verizon, AT&T, T-Mobile, Sprint and US Cellular.

Recently we’ve heard from Sprint and US Cellular, and the Verizon G4 went up for pre-order yesterday. However, those considering this impressive new 5.5-inch flagship smartphone on AT&T will want to read on for all the details regarding the release date, pricing, genuine leather backs, some exclusive deals and more. 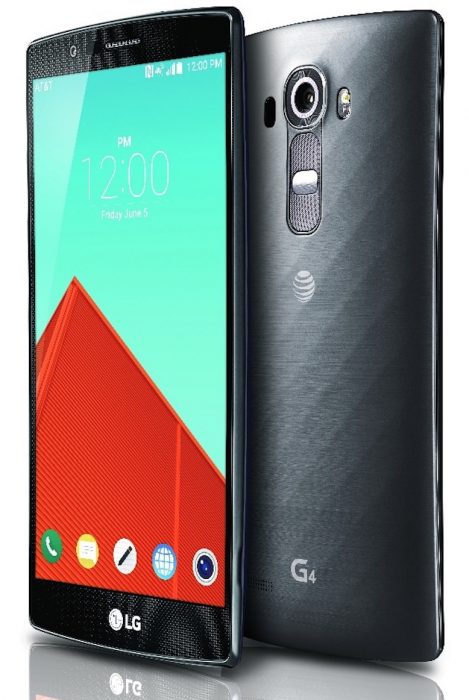 Recent rumors suggested the AT&T LG G4 release could be June 12th, later than all other carriers, but that isn’t the case. Instead, it will be available on June 5th just like many other carriers.

When the fancy LG G4 was announced the company showed off three regular plastic models in White, Silver, and Gold, as well as six genuine leather handmade options that were very impressive. The leather is our favorite aspect of the phone as detailed in the review above, aside from the stunning 16 megapixel camera, and below is everything you’ll need to know about the AT&T LG G4 release.

Last week Best Buy released some promotional material detailing a $100 gift card for those buying through its retail stores, and along with it leaked a June 12th release date. This wasn’t official, but this afternoon AT&T debunked it and confirmed the LG G4 will be available online and in retail stores nationwide on Friday, June 5th. This is the day after Verizon and the same day as Sprint. T-Mobile will have it available first on June 3rd.

AT&T also confirmed the device will be in stores early for users to try it out, and you’ll also be able to buy it earlier than the in-store date by pre-ordering online.

Starting tomorrow, May 29th, the Verizon LG G4 will officially be available for pre-order. AT&T confirmed that this afternoon along with plenty of additional information. AT&T didn’t state whether pre-orders will ship ahead of the June 5th release date, but most carriers are offering exactly that, so we’re expecting the same from AT&T.

AT&T will be offering the G4 in Black Genuine Leather for $239 with a new 2-year contract, or $669 outright as well, and on the same Next plans for a few more dollars each month.

LG announced the phone in six beautiful leather colors as we mentioned above, but sadly it looks like the initial launch won’t have all those available. Each carrier has only announced one version and not multiple colors, which is a shame. AT&T appears to only have the black leather, for now.

It appears that even the plastic colors won’t be coming to all carriers. AT&T is only offering the LG G4 is titanium silver (no white or gold) or the black leather shown below. Hopefully LG will sell the other five leathers separately, as the back is removable, but that’s yet to be confirmed.

As many already know, LG has tons of deals on this new smartphone. Those who buy the LG G4 between May 29th and June 21st from AT&T (or any US carrier) will get a free 32GB micro-SD card, an extra 3,000 mAh battery, and a spare battery charging cradle all absolutely free.

Best Buy also has a deal delivering a $100 gift card, but buyers will need to head into a Best Buy rather than an AT&T retail store or online pre-orders. Then AT&T is also looking to sell a few of LG’s latest Android tablet. Those who get an AT&T LG G4 can also buy the LG G Pad F 8.0 tablet for $0.99 on contract. The tablet is available for $149.99 with a two-year agreement when purchased separately.

This confirms all five major carriers in the United States will have at least one regular and one leather variant of the LG G4 in stores and on shelves during the first week of June. Hopefully additional leather colors arrive soon, or are sold by AT&T separately.