Yesterday, the AT&T LG Optimus G Android 4.1 Jelly Bean update started to roll out. Today, AT&T, as expected, confirmed the good news saying that the long-awaited upgrade to Jelly Bean is now available for those LG Optimus G owners that wish to get it and the many features that are coming along with it.

It became clear yesterday that something was brewing in regards to the AT&T LG Optimus G Jelly Bean update. Owners started seeing the update roll out to their Android smartphone in the form of a 350MB piece of software that took their Optimus G from Android 4.0 Ice Cream Sandwich to Android 4.1 Jelly Bean, Google’s previous version of Jelly Bean. 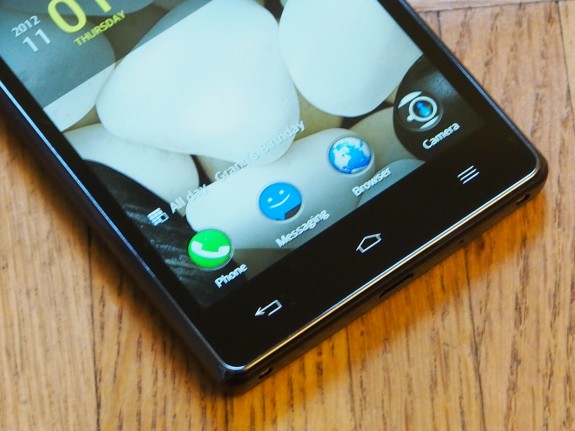 AT&T didn’t announce anything yesterday but it became clear that owners were soon going to be in the midst of a roll out for one of AT&T’s more high-end Android smartphones.

Sure enough, the carrier has confirmed that the LG Optimus G Jelly Bean update is indeed rolling out and better yet, the carrier says that the update is available now which should mean that owners can simply go from Settings to General to About phone to Software Update to Update now and get the new piece of software.

Owners of the AT&T LG Optimus G will need to be on a Wi-Fi connection in order for the update process to take place as it’s a big file size.

Besides the features that will be coming with Android 4.1 Jelly Bean itself, which of course include Google Now, a smoother user interface, improved camera app, better Browser and a tweaked Calendar, the update will also be bringing support for mobile payment service ISIS which takes advantage of the device’s NFC capabilities.

ISIS, a Google Wallet competitor, is currently being tested in Salt Lake City and Austin, Texas which means that only a select few Optimus G owners are going to be able to use it. At least for now.

While some owners may be apprehensive, this is an extensive upgrade for AT&T LG Optimus G owners and it’s one that should be installed immediately.