While many dates have been tossed around for the release date of the AT&T Nokia Lumia 920, it now appears likely that the Windows Phone 8 powered Lumia 920 release date on AT&T will take place on November 9th.

The latest rumor from WPCentral states that AT&T’s newest flagship Windows Phone, the Nokia Lumia 920, will arrive on November 9th, two days ahead of the previously rumored date of November 11th. 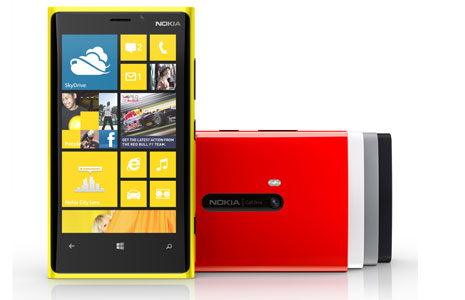 Of course, none of this is confirmed as AT&T remains mum about specifics in regards to the Nokia Lumia 920 or Lumia 820. However, in the first half of the month is looking extremely good and a release date on November 9th appears to be as good of a release date as any at this point.

Something else to keep in mind is this is the same date that AT&T will launch the Samsung Galaxy Note 2. So, it could be that the carrier is going to announce a massive launch for that Friday.

What’s more is that AT&T will apparently be tossing in a free wireless charge pad for the Lumia 920, a way for the carrier to drive up sales. The Lumia 920 will be competing against the HTC Windows Phone 8X in addition to the Lumia 820 as well as numerous high-end Android phones and the iPhone 5 from Apple.

The Lumia 920 appears to be a solid successor to the Lumia 900, a device that hit AT&T’s 4G LTE network earlier this year, and one that won’t be getting the Windows Phone 8 operating system that is on board the Lumia 920.

AT&T’s Nokia Lumia 920 will also feature three colors in cyan, black, and red as well as a 4.5-inch PureMotion ClearBlack display with a 1280×768 resolution, a 8.7MP PureView camera that takes excellent low-light photos, NFC, and again, wireless charging to be used in conjunction with that wireless charging pad.

The carrier is going to have an exclusive on the device at the beginning though that will likely end in six months.