AT&T to Allow FaceTime over Cellular for More iPhone Users

AT&T announced today that it will soon allow more customers to place and receive FaceTime video calls over its mobile network. Those on tiered data plans, including iPhone 4S users, will be able to use FaceTime over AT&T’s cellular network. 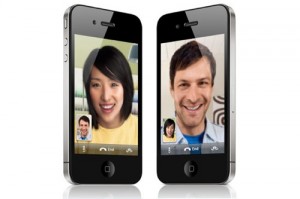 The biggest beneficiaries of this announcement are iPhone 4S users who would like to place FaceTime calls while on the go, but didn’t want to switch plans for the feature.

While FaceTime was originally unveiled with a demonstration on the iPhone 4, those still using that model still will not be able to place FaceTime calls over AT&T’s network after AT&T updates its policy. Apple’s iOS 6 restricts the iPhone 4’s FaceTime feature to Wi-Fi only. Like it or not, there’s nothing AT&T can do to enable the feature.

AT&T doesn’t charge customers by the minute for FaceTime calls. Instead, AT&T deducts data from customers’ data packages with each FaceTime call. AT&T still doesn’t allow those with grandfathered unlimited data plans to place FaceTime calls over cellular and made no mention of such customers in its most recent statement on the matter.

FaceTime is Apple’s standard for video calls on the iPhone, iPod touch, Mac and iPad. It is not available on iOS devices older than the iPhone 4, such as the iPhone 3GS, or on Windows PCs. Many Apple customers enjoy being able to easily transition from a voice-only call to a video call from within the iPhone’s phone app.