AT&T’s upcoming flagship Android smartphone, the HTC One X, has hit Amazon Wireless today for pre-order. Those looking to get the upcoming device will want to take a good look at Amazon’s offer because it’s significantly better than what AT&T is charging for the One X.

The device has shown up on Amazon’s website site, in both white and gray, for $149.99 on-contract. That is a much better price than the $199.99 price tag that AT&T has placed on the Android 4.0-powered device.

As of right now, the device is backordered but we fully expect the phone to ship on-time to customers who place a pre-order right now. 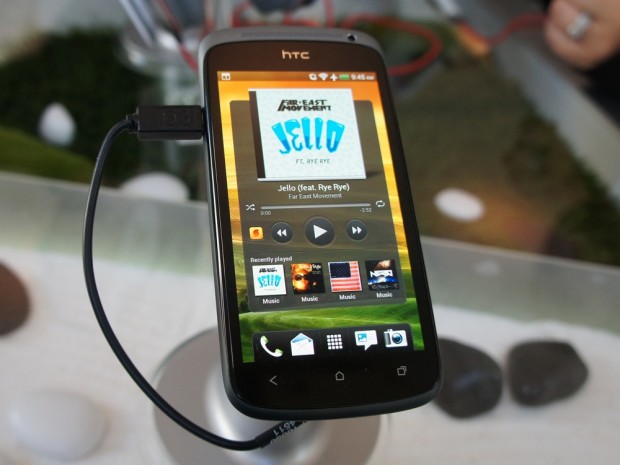 The device won’t be coming to AT&T’s 4G LTE network until next month though.

Last week, the carrier announced that it would be arriving on May 6th. The device was originally announced back at the Mobile World Congress in February.

Since then, we’ve spent some quality time with the device and those interested in picking it up should check out the hands-on video below:

The international version of the HTC One X garnered some pretty impressive reviews so its safe to say that AT&T’s device, which has a dual-core processor rather than a quad-core chip, will certainly appeal to folks looking to get a new Android smartphone on Ma Bell.

It’s an impressive package on paper and that $149.99 price tag from Amazon certainly makes it more appealing.