B.B. King Remembered: Where to Listen to His Music

Legendary blues icon B.B. King has died at the age of 89, but his music lives on. Here’s where you can listen to his music on your computer, smartphone, or tablet.

B.B. King has his name on over 40 studio albums and has worked with a handful of some of the most influential artists in the music industry, including Eric Clapton, Bo Diddley, Gladys Knight, and more.

King died on Thursday, May 14, 2015 due to complications with high blood pressure and diabetes.

Whether you were an avid listener of B.B. King’s music or not, there’s no better time than right now to listen to his music, and there are several avenues that the internet offers for buying and downloading his music, as well as watching some of his concerts online.

If you have a Spotify Premium subscription, you can listen to all of B.B. King’s music on-demand. Not every single song of his is available for streaming in Spotify, but many of his classic tunes are available to listen to. 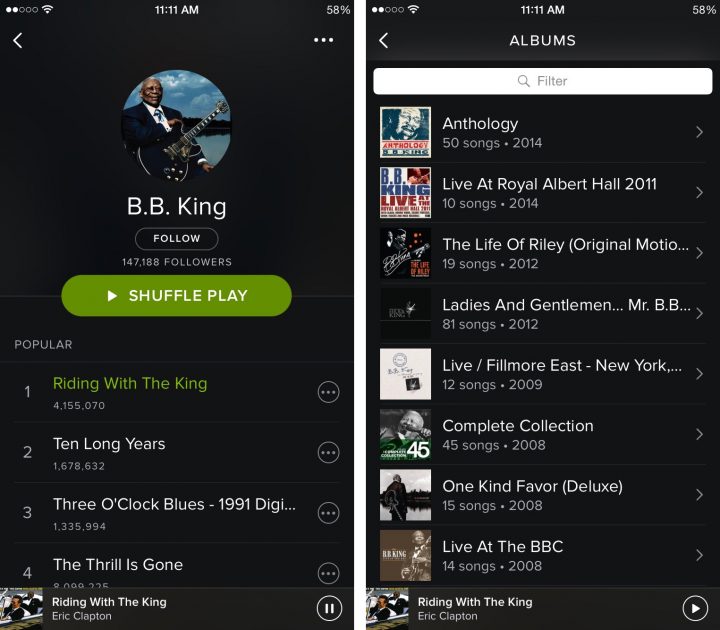 If you don’t have a Spotify Premium subscription, but have been eyeing one lately, you can get three months for only $0.99, which gives you plenty of time to listen to B.B. King’s discography while saving a few dollars at the same time.

If you want to remain a free member of Spotify, you can at least shuffle play B.B. King’s music if you don’t mind the occasional ads, and you can skip six times per hour on mobile devices.

If iTunes or Google Play is more your thing, you can buy B.B. King’s albums or individual songs and download them onto your computer or mobile device. 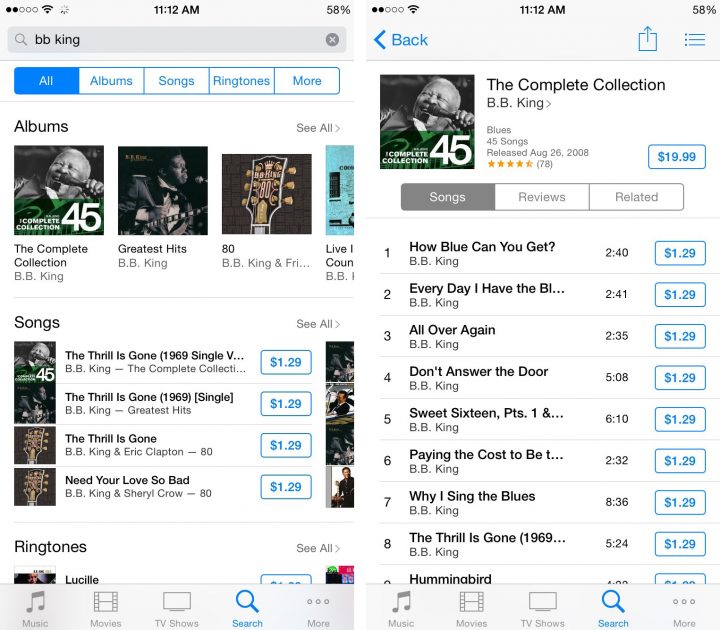 Both iTunes and Google Play sell his albums for around $10 a piece, with some going as high as $20 for compilations and larger albums. Individual songs can be had for $1.29 per song.

This is a great way to go if you don’t use any kind of music streaming service and would prefer to have the music stored locally on your computer, smartphone, or tablet.

From there, depending on what service you used to buy the music on, you can stream the songs to an Apple TV or other compatible device (even a speaker system), just as long as it’s compatible with Apple’s AirPlay or Google’s own protocols.

If you’d rather see B.B. King in action, then YouTube is your best bet. 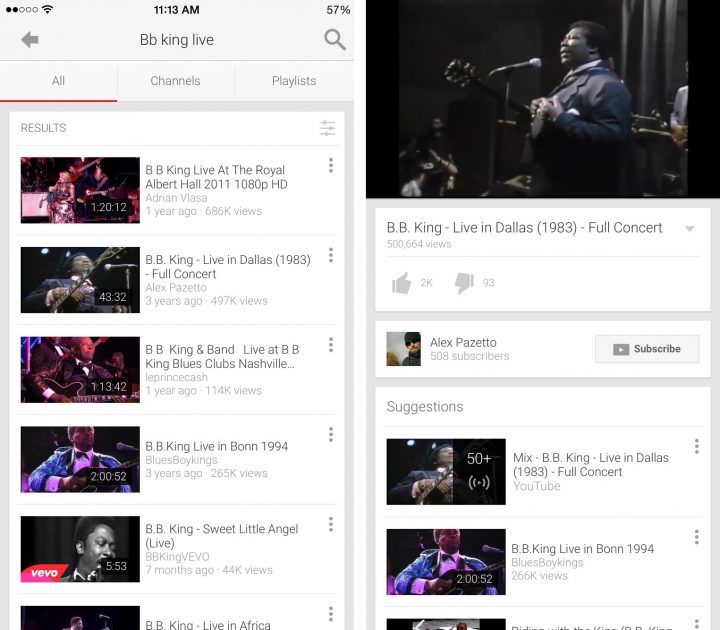 Searching for “BB King live” or BB King concert” will bring up all sorts of videos of BB King doing what he did best. You can watch short clips of BB King playing live, or get the full experience and watch him play a full concert right on the video streaming site.

YouTube is also a great place to watch some of B.B. King’s interviews, which can provide you with an up-close and personal look at B.B. King and get to know the man behind the music.