Black Friday is a good time to find great deals, but you need to be on the lookout for doorbuster deals that are actually overpriced, underwhelming piles of garbage.

Such is the case with the Sylvania 7″ Android 2.2 Tablet that Toys R Us is offering as a Black Friday doorbuster deal. The leaked Toys R Us ad claims that this tablet is 50% off, dropping the price down to a very tempting $75.

This sounds like a great deal right? Everyone wants a tablet these days, but if you buy this tablet be prepared for complete disappointment. If you are planning on buying it as a gift, stop and get your recipient pink bunny pajamas instead. 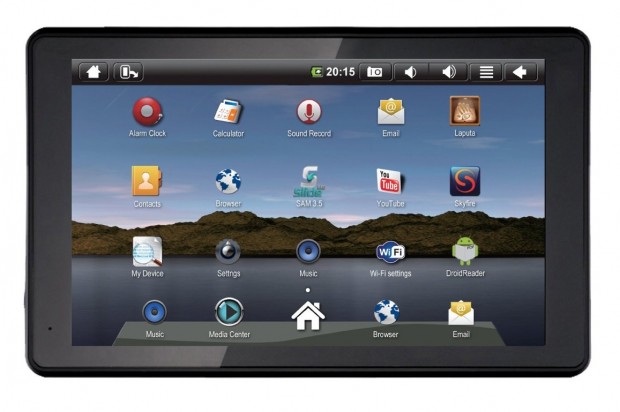 The Toys R Us 7" Android Tablet is a Bad Deal.

The Sylvania 7″ Android Tablet that Toys R Us is offering on Black Friday is very similar to the other tablets Sylvania has sold during Black Friday and at outlets like CVS in the past, which is to say it sucks. Below you can find out why you shouldn’t buy the Sylvania tablet at Toys R Us, including my hands on experience with a Sylvania Android tablet.

When you think of tablets, you should think of the iPad, Kindle Fire, Nook Tablet and other Android tablets. These tablets all focus on making it easy to use them without lag and frustration. On the other side of the aisle, you have the Sylvania 7″ Android tablet which has no access to an app store, sluggish performance and an OS that is outdated and designed for phones, not tablets. Combine these base problems with actual usability issues, and you’d be better off burning your $75 instead of giving it to Toys R Us.

I had the displeasure to go hands on with the $99 Sylvania tablet that was sold last year on Black Friday and couldn’t believe how bad the experience was. My friend had purchased it looking for an ebook reader and something to surf the web with while he traveled, but was disappointed in what he got. I’ll share my impressions below. I wanted to give you a hands on review, but the tablet no longer turns on. This isn’t surprising given the issues I saw while I used it.

Ultimately I was happy to put it down and walk away.

You can watch a review of the Sylvania 7″ Android tablet form last year, which highlights many of the complaints I shared above. The reviewer glosses over some of these, and hopes that the company will fix them, but I recommend against buying a gadget on hope for fixes or updates.

The biggest problem here is that Toys R Us and Sylvania know that there are a lot of shoppers who want a tablet, but don’t want to pay for an iPad. If you look at the Sylvania 7″ Android Tablet reviews on Amazon you’ll find a number of users in that same boat, but as A. Lee explains in his review, “AGAIN, I didn’t want a flat screen that was $500 + , but I DID want one for simple usage….this piece of crap doesn’t come close to being worth $1 nevermind the amount I paid.”

Having used a Sylvania tablet for several minutes, I can tell you that this is a horrible deal. Even if you want very basic features, you will not be satisfied with this tablet. You will be much better off getting a Kindle Fire for $199 or going for a refurbished Nook Color direct from Barnes and Noble for $149. Do you need to spend more money? Yes, but it is worth it in so many ways.

Whatever you buy on Black Friday 2011, please don’t buy this tablet.