As expected from earlier today when BlackBerry said that BBM would be available later, the app is indeed available now on iOS, while the Android version still has yet to show up in the Google Play store, but should be live shortly (UPDATE: Available now). Downloading and installing the app will give you the ability to chat with your BlackBerry-wielding cohorts without them having to resort to third-party messaging apps, which are there’s quite a lack of in BlackBerry World.

BlackBerry originally had planned to launch the BBM app for iOS and Android last month, but that was abruptly delayed for unknown reasons — probably because the app wasn’t ready for primetime yet. And it still doesn’t seem it’s quite ready, as BlackBerry is putting up a wait list for those wanting to give the app a try in an effort to make sure that the app sees a smooth rollout, or it might just be afraid that the first wave of users may crash the company’s servers. 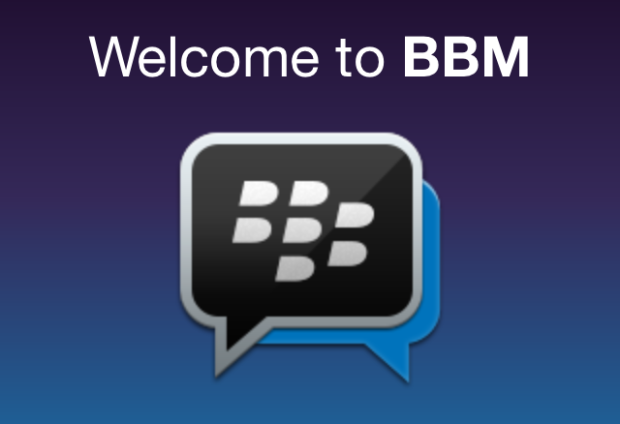 To that end, BlackBerry is implementing a registration wait list. This means that when you open the app, you’ll have to enter an email address to reserve your spot. However, anyone that signed up for information about the iOS and Android apps at BBM.com in the past won’t have to wait. New signups, though, will have to wait until BlackBerry feels comfortable enough to roll the apps out to more users.

The company claims that “about 1 million” Android users were using the unreleased version of BBM for Android, as well as claiming that over one million iOS users managed to “side load” the app on the iPhone. It appears as though BlackBerry thought this was great, as it was a sign that a lot of users were really excited about the launch of BBM on other platforms, rather than looking at it as unauthorized use of an app. 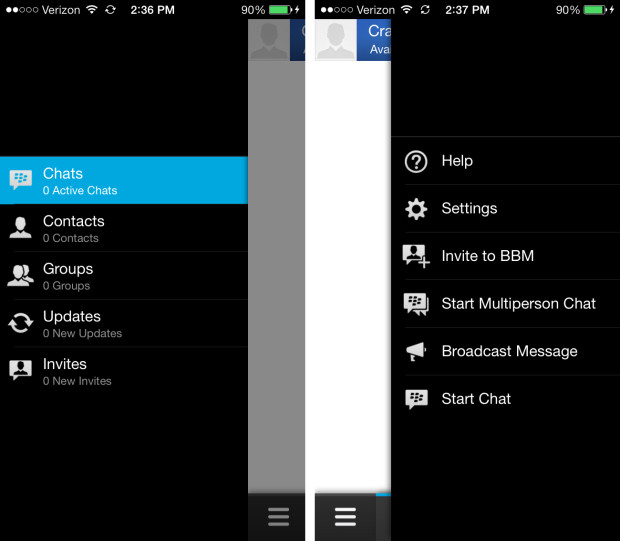 Fortunately, we were able to get access to the app and be one of the first to try it out. The first thing you’ll notice when firing up the app is that it includes design elements that closely match the traditional BlackBerry user interface, but also includes design aspects that make it blend in well with iOS 7, where you can swipe to either the left or right to access more settings and quickly navigate to different parts of the app. However, the entire app looks a little bare, and there’s a lot of blank space that makes the app look a bit empty.

Nonetheless, the iOS and Android versions of BBM are free downloads, and the iOS app is available now, while the Android should arrive shortly.