While not a lot of information is known still about the leaked Asus Transformer TF300T, it is now known that the device will be sporting a quad-core NVIDIA Tegra 3 applications processor. Thanks to NenaMark2 benchmarking service, it appears that Asus or someone in possession of the TF300T has benchmarked the tablet, and we do know a little bit more about the specs.

Like the Transformer Prime, which has the model number TF201, the Transformer TF300T will have a 10-inch display with a 1280 X 800-pixel resolution. Unfortunately, that means that early speculations that the 300 model would have a higher resolution 1080p HD display, like the rumored Acer Iconia Tab A700, is inaccurate. The device will launch out of the box with Android 4.0 Ice Cream Sandwich. 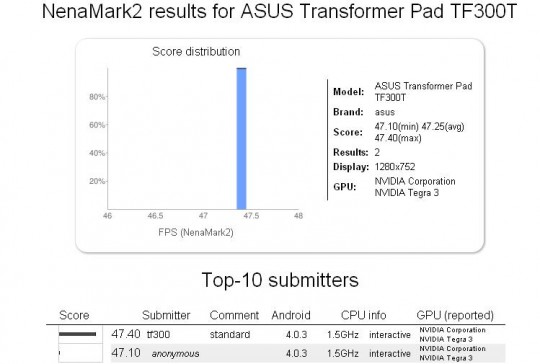 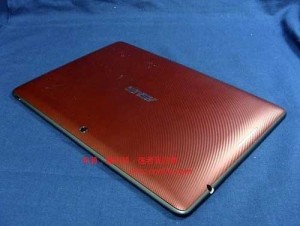 The tablet could potentially debut at Mobile World Congress later this month.