It looks like Best Buy is jumping the gun on getting a landing page for the highly anticipated Galaxy Nexus smartphone for Verizon Wireless, which will come with 4G LTE support and Android 4.0 Ice Cream Sandwich out of the box. The Best Buy page lists the full retail price of the handset at a whopping $799–that’s without a contract–and a $299 sticker price with a two-year service agreement. 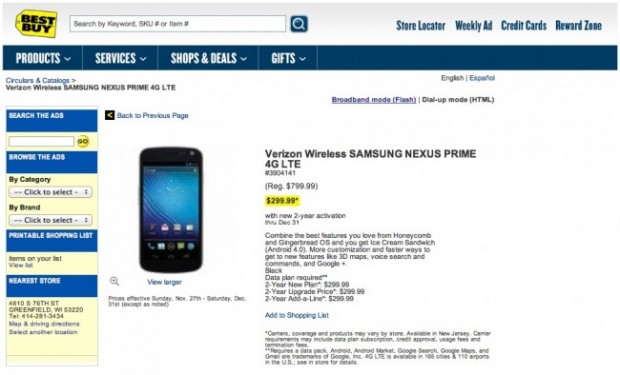 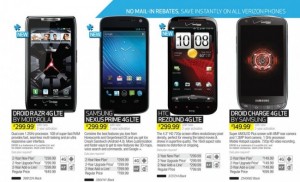 According to the landing page, the price is effective today, Sunday, November 27, 2011 and will last through December 31.

The phone is expected to be available starting December 8.

Additionally, the landing page lists the phone under its code name of Nexus Prime, rather than the Galaxy Nexus launch name.