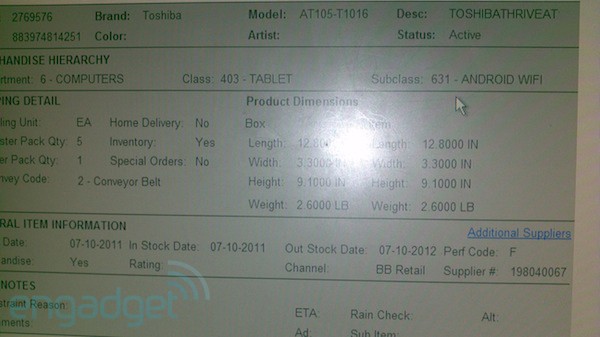 In just under a week’s time, you may be able to head to your local Best Buy store to pick up your own Toshiba Thrive Android Honeycomb tablet. A leaked screenshot of the inventory system reveals that the tablet may go on sale as soon as July 10th–Toshiba had made the tablet available for pre-order under a month ago. A tipster to Engadget had reported that some Best Buy stores have already received their shipments of the tablet, and the stores are awaiting for the green light from Toshiba.