Use this list to find the best Chromebook Black Friday deals of 2016. Earlier this year Google added support for the Play Store. Instantly making Chromebooks more useful than ever before. By allowing select devices access to any and all Android apps. As a result, they’ll be popular for Black Friday.

Whether you’re looking for one of the best all around options, like the Acer Chromebook 14, or a cheap and efficient machine. We have a little of everything from popular destinations like Walmart and Best Buy.

Read: Google Play Store on Chromebooks: What to Know

These little laptops have become increasingly more popular over the past few years. Even beating out MacBook sales in early 2016. If you’ve been waiting for a good deal to grab a Chromebook, check out our list below. 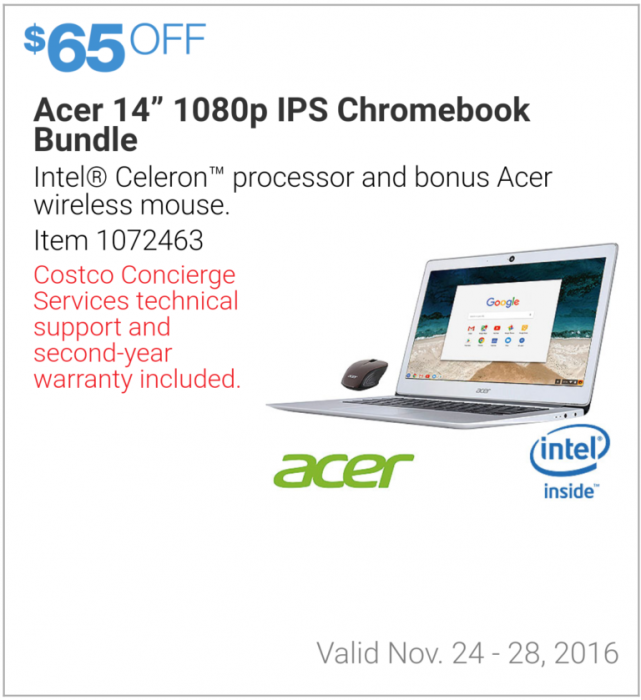 Shoppers that need something inexpensive and capable, without all the frills that make them expensive should take this route. Chromebooks are perfect for school work, the office, browsing the web, Facebook, email and more. Offering a slim and lightweight experience. One that’s secure and safe, not to mention fast and easy to use.

At the moment not all Chromebooks work with the Google Play Store, but Google is adding more each and every day. Not to mention almost every one from our list below does indeed support it. With that said, these are the Chromebook Black Friday deals you’ll want to search out. 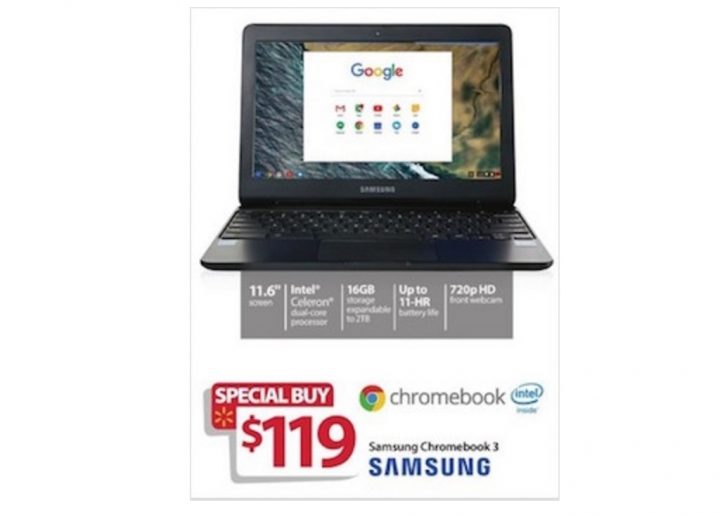 So far the best deal appears to be the Samsung Chromebook 3 from Walmart for $119. Offering one of the best all around experiences for a low price. If that doesn’t fit into your schedule Thursday night, Best Buy has it for just a few dollars more.

The Lenovo 100S might not be the best choice, but for $99 it makes a great gift this holiday season. Then of course we have the Acer Chromebook 14. Arguably one of the best Chromebooks on the market. It features an all aluminum design and a large 14-inch display. Including support for Android apps and the Google Play Store. Costco might not have a huge discount on the price, but it comes with a free wireless mouse, tech support, and an extended 2-year warranty.

We can also expect other deals to be announced in the coming days. Possibly some from Google on Black Friday or Cyber Monday and more. This list will grow and expand as more deals are revealed. Otherwise, head to Walmart for that Samsung Chromebook 3.