The official printable NCAA bracket is a good place to start, but there are a lot of different ways to see how the NCAA 2015 March Madness competition will shape up once the first round is done.

Here are the absolute best 2015 NCAA brackets and apps that will help you prepare for your office pool or to earn total domination over friends in a semi-friendly March Madness 2015 tournament. 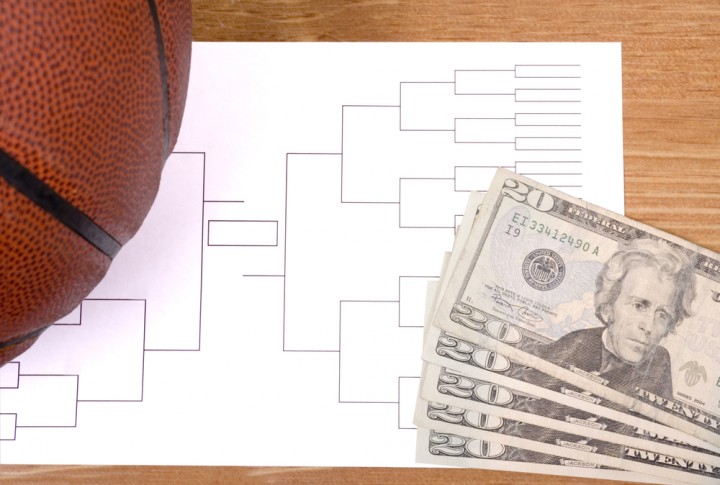 Here are the best 2015 NCAA brackets to print, fill out online or use on your iPhone, iPad, Android, Amazon Fire or computer.

You can watch March Madness 2015 games online as part of the official NCAA 2015 live streaming options. You can download the March Madness app on Amazon Fire, Google Play, iPhone and iPad and Windows to watch the March Madness live. You will need a cable subscription for these apps to work.

There are a variety of printable NCAA brackets for 2015 that you can even set up online and then print out after you fill in your teams. This is especially useful if you want to change your mind or have horrible handwriting. You can use the 2015 printable NCAA brackets on a computer, iPhone, iPad or Android and then print right form the device, even from the iPad or iPhone if you have a WiFi printer.

Use printable NCAA brackets to make filling out by hand easy.

You can go straight to the source and use the official 2015 NCAA bracket online where you can fill out the NCAA bracket online as part of the Capital One Challenge. This includes a very handy option to auto-complete the NCAA bracket for you. With this option you can pick the teams you want and let the computer fill out the rest by picking the highest seeded teams. This will not overwrite your choices if you thing an underdog is going to take the game. After you finish setting this up online, you can print it out or share it with your friends.

If you fill out your NCAA brackets online you can use autocomplete to pick the winners for you.

Another great option is the printable NCAA bracket for 2015 from the NCAA. This shows the starting teams and you can print out a blank 2015 NCAA bracket so that you print them out and hand out the brackets to people in your office pool who might not know where to start.

If you want a cleaner looking 2015 NCAA bracket to print, check out the March Madness bracket from SBNation. This printable bracket strips out the information that you don’t need on a bracket for a cleaner look that is still easy to fill out.

You can use 2015 NCAA bracket apps on iPhone, iPad, Android and Amazon Fire to build a bracket and compete with friends or with others online. 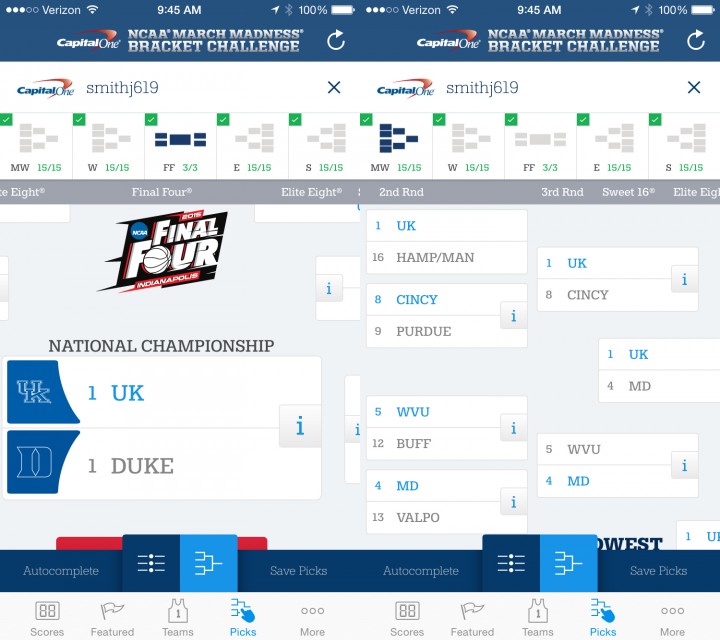 Use the official app to see the NCAA bracket you started online and make changes on your iPhone, iPad, Android, Amazon Fire or Windows device.

The official 2015 March Madness Live apps on Amazon Fire, Android, iPhone and iPad and Windows let users build better NCAA brackets by combining an online and a phone or tablet option. If you start by filling out the 2015 NCAA bracket online at the NCAA option above you can log in and view your custom bracket or make changes on any of these devices.

Use the links above to download the official NCAA bracket challenge option and you can even use the app to autocomplete your 2015 NCAA brackets and to manage or join a group to compete. 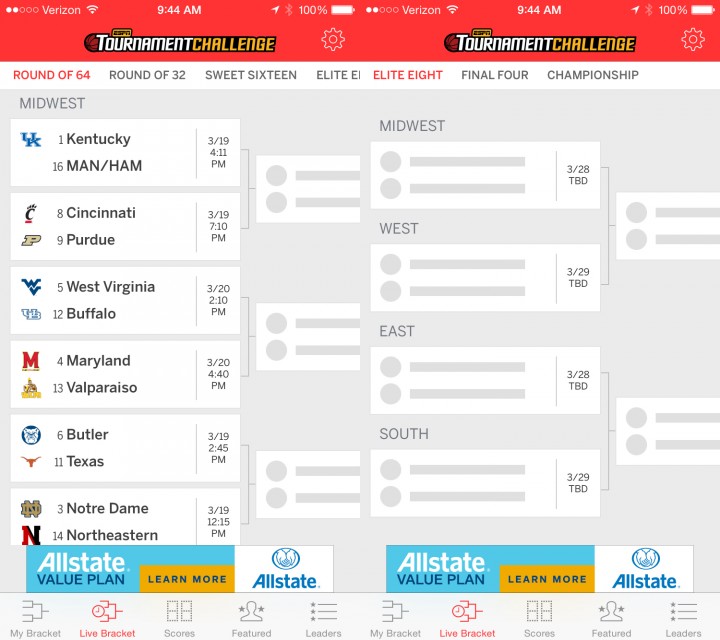 The EPSN Tournament Challenge app lets you create up to 10 NCAA brackets and compete for big prizes.

The ESPN Tournament Challenge app delivers the best looking NCAA bracket on an iPhone or Android phone screen. You can scroll through to see the bracket in an easy to follow way. The app includes a contest to win up a huge amount of Best Buy gift cards and you can also create up to 10 brackets. The ESPN Tournament Challenge app is also available for the Amazon Fire and Fire HDX.