The HTC M7 (HTC One) is heavily rumored to be HTC’s next flagship smartphone and it’s widely believed to be launching at an event next week. However, the device just can’t seem to stay in the shadows and it appears that another leak has emerged in the form of the black HTC One model that is said to be joining the white and silver variant.

In recent days, we’ve seen the rumored HTC One, formerly known as the HTC M7, emerge several different times. Specs have leaked to the surface, launch and release dates have emerged and we’ve also gotten a glimpse at what very well could be the HTC One itself. 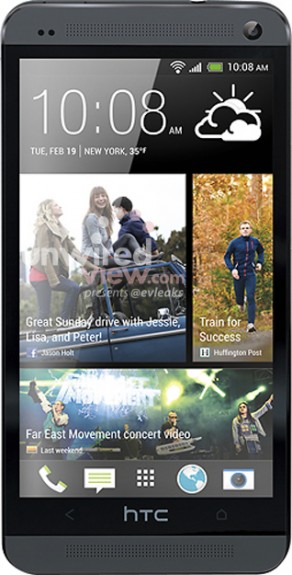 This could be the black HTC M7 aka HTC One.

A previously leaked image seemed to show a white and silver device with the new HTC Sense 5.0, a device that seemed to reveal itself on stage with HTC CEO Peter Chou as well. We’ve heard rumors that there will be another HTC One variant, a black colored model, and it looks like an image of that device has emerged from hiding.

The black HTC One, or what appears to be a black HTC One, has made an appearance at UnwiredView, showcasing the same device that we’ve seen, only in a different shade. Again, the image shows a device with two buttons on the bottom part of the phone, the HTC logo in the middle of them, and of course the date of February 19th in New York City which is the time and place for one of HTC’s launch events.

The silver model depicts February 19th as well but it shows London, the site of a similar launch event, and not New York City.

HTC’s device white variant indeed looked quite a bit like the iPhone 5 both from the front and back and this model also looks strikingly similar to the current-generation iPhone which launched in September of last year. 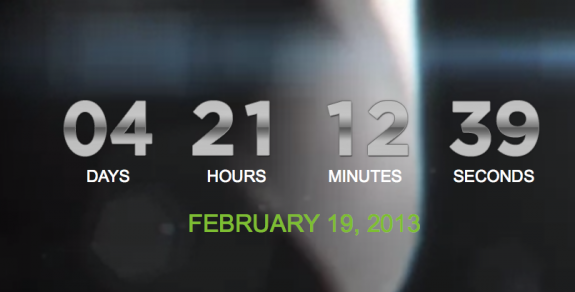 The HTC One is expected to launch on February 19th.

It’s possible that what we’re looking at winds up not being the HTC One but chances at this point appear slim. It lines up with the rumor we heard yesterday about the device having a front metal casing with stereo speakers placed in the front.