If an image is to be believed, Samsung might be cooking up a black Samsung Galaxy Note 2 to add to the two colors that it already offers for the 5.5-inch Android phablet.

An image, dug up by Android Slash courtesy of SamMobile, depicts what appears to be a press image of a black colored Samsung Galaxy Note 2. Problem is, the black Samsung Galaxy Note 2 isn’t official yet as Samsung only offers the device in two color variants at the moment, white and blue in the United States. And while Samsung hasn’t announced the black Galaxy Note 2 yet, there is no reason to believe that it’s not coming.

That’s because Samsung offers the Samsung Galaxy S3 in a multitude of colors, after launching in only two colors, pebble blue and white. So, while Samsung hasn’t announced the black Galaxy Note 2, it’s certainly possibly that it will emerge at some point in the next year. 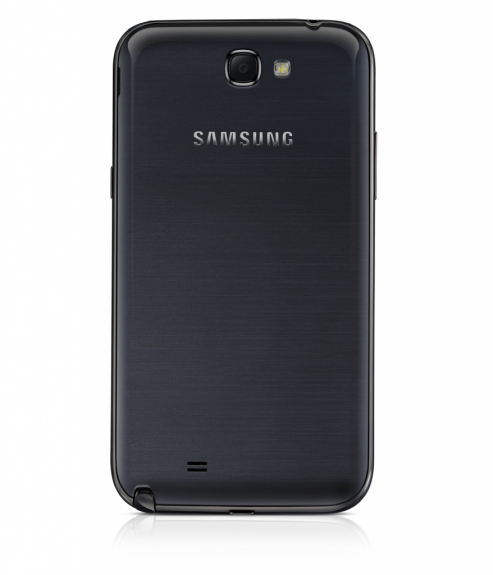 This image shows the Samsung Galaxy Note 2, in black.

Mobile World Congress 2013 in Barcelona is apparently a possibility for its launch as the trade show, which kicks off in February, generally is a launching pad for new Android products. Samsung is rumored to have a presence there, possibly announcing the Samsung Galaxy S4, so it wouldn’t be surprising to see the new Galaxy Note 2 color make its debut on the world stage.

It’s unclear where the color might head as there are no hints contained in the image, but American carriers have offered different colored Galaxy S3 devices so it would be a bit surprising to see them pass on the new color for the Galaxy Note 2.

The Samsung Galaxy Note 2 is Samsung’s latest phablet device, checking in with a 5.5-inch HD display, quad-core processor, 4G LTE data speeds, a slim design and a massive battery. It also is home to the S-Pen stylus that may or may not be coming with the Galaxy S4 as well next year.

And despite its size, the device has gone on to sell over five million units worldwide with American carriers AT&T, Sprint, T-Mobile, Verizon and U.S. Cellular playing a big part in its success.