RIM’s upcoming BlackBerry 10 operating system, which the company plans on bringing devices later this year, has surfaced in an extensive preview today.

The overview of BlackBerry 10 shows off everything from the homescreen to the software’s icon tray to its new unified Inbox to its never before seen Music player. 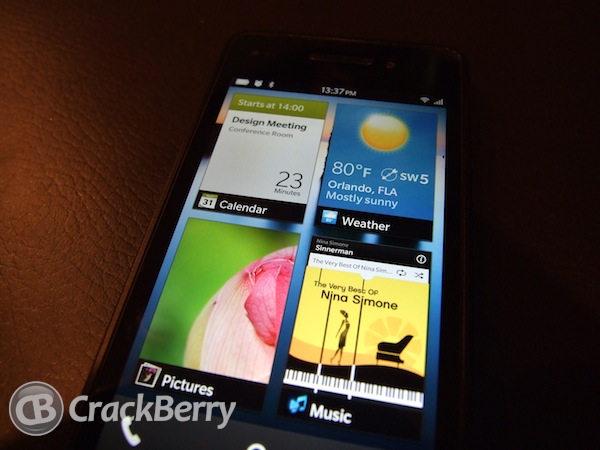 Keep in mind, this version of BlackBerry 10 is not final and things could change between now and the fall of 2012 when the company is expected to put its first consumer grade BlackBerry 10-powered smartphone on shelves.

While most of RIM’s previous BlackBerry devices sported a physical QWERTY keyboard, the first BlackBerry 10 smartphone will likely come with a virtual keyboard in place of the physical keyboard. The preview gives us a good look at what that might look like on a BlackBerry 10 handset. 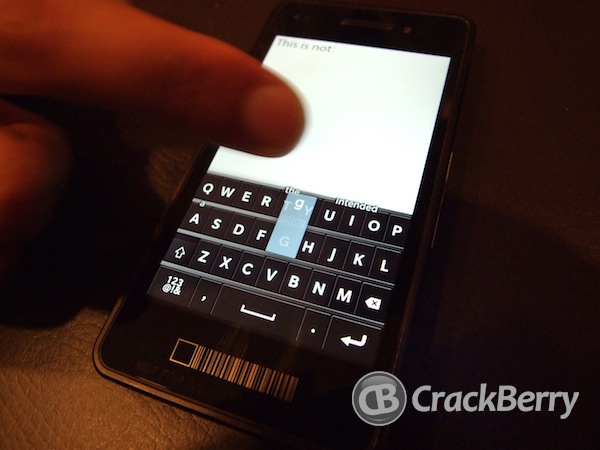 RIM’s new virtual keyboard will come with predicative text where users will be able to flick up and pick out the appropriate words. We also get a glimpse at the software’s Music player which had remained a mystery until today. 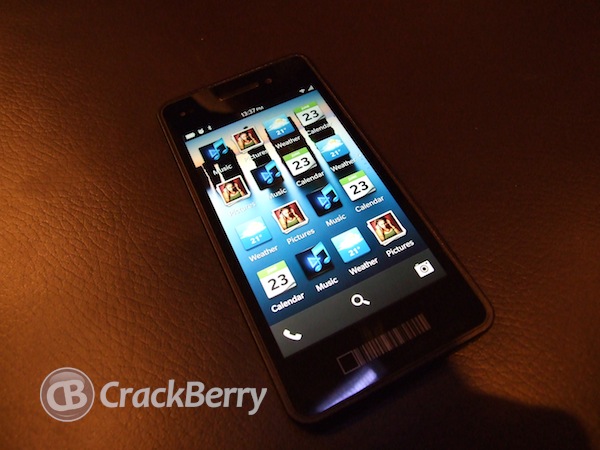 All in all, the operating system looks like a vast departure from BlackBerry 7, which at this point, is a good thing. Of course, we’ll have to wait until the final product arrives later this year to pass final judgement on the software but so far, it looks like RIM has worked hard on producing something different.

The company isn’t expected to launch the first device until at least August of 2012 and it likely won’t release its first BlackBerry 10 device with a physical QWERTY keyboard until Q1. That means that it could  anywhere between January and March. 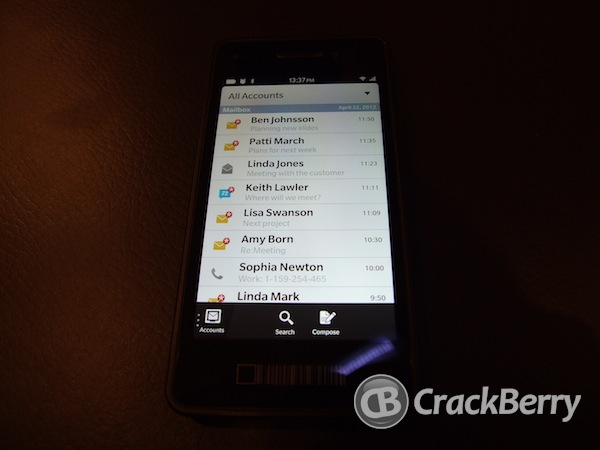 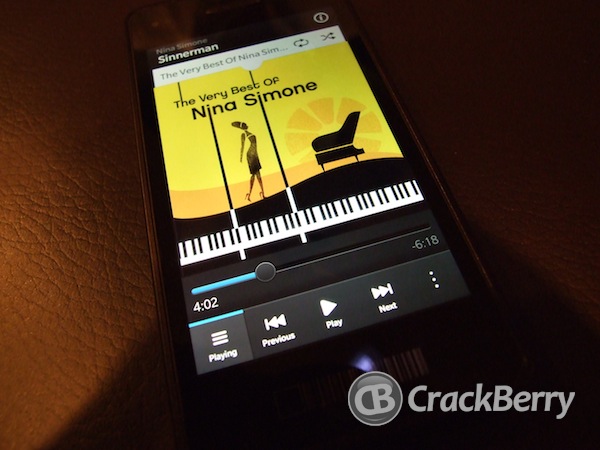 What do you think? Does BlackBerry 10 look like a winner? Or is RIM going to have to more to entice fans to buy back into BlackBerry?