Ever since the iPhone demonstrated how popular smartphone photography can be with a camera that you can take anywhere and everywhere, companies have been trying to outdo each other with camera technology. The best of the crop–Apple, Samsung, and Nokia–are used to compare how the new BlackBerry Z10‘s camera works in dark environments without the use of flash.

Gizmodo, which took the same photo on each of the different cameras, finds that unfortunately without the aid of a flash the BlackBerry Z10 finished in last place and loses the low-light camera test. Of course, you can always turn on your flash and illuminate the subject that you want to photograph to capture more details with the BlackBerry Z10, but there are also drawbacks to using a flash. 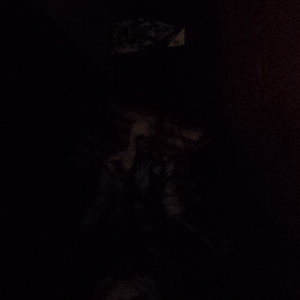 For one, depending on how close you are to the subject, using an LED flash can result in one of two situations. The first situation is that you are too close and your subject becomes overexposed, resulting in un-naturally bright skin tones if the subject is a person. The second situation is that the subject is too far away for the LED flash to reach, resulting in a dim photo. There are also other effects that can happen as well, including ghosting–seeing white flares or spots in the image.

The winner of the low-light camera test, unsurprisingly, is the Nokia Lumia 920 with its PureView camera technology that allows for a large aperture and longer shutter times thanks to a stabilized camera mechanism. With this PureView technology, it almost looks like the subject is illuminated and it doesn’t even look like it was captured in a dark environment if it wasn’t for the little bit of wood panel that’s showing on the right side. 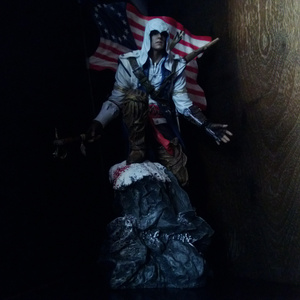 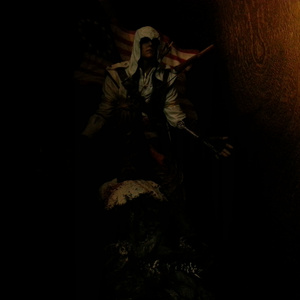 Zoomed in, however, the Galaxy S III shows much less noise than on the iPhone 5 under the low-light conditions. Less noise is good as it gives a sharper image, especially if the image is blown up and enlarged. The iPhone 5’s capture, shown below, exhibits more noise when zoomed in. 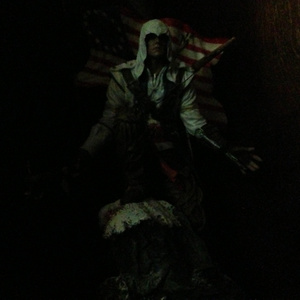 There are other factors to test in a camera other than low light performance, and Gizmodo‘s report is based on one of many tests that can be done on a camera or camera phone.