Today BlueStacks announced its new GamePop Mini Android console that will come free with a subscription to the upcoming $6.99 GamePop games service.

The new GamePop Mini will come out later this year at the same time as the $129 GamePop microconsole, but gamers only have to pay for the service to get the smaller hardware. Like the GamePop, the GamePop Mini will run Android 4.2 Jelly Bean and will connect to any HDTV with the included HDMI cable. 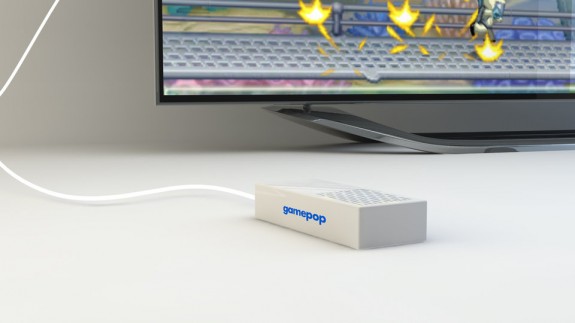 The launch games include popular titles like Halfbrick’s Jetpack Joyride and Fruit Ninja and Subatomic Games’ Fieldrunners 2. Gamers will have the chance to play those games with a controller or using their smartphone or tablet.

While the GamePop Mini and GamePop consoles will run Android, BlueStack’s Looking Glass technology will let iOS games run on the platform. Developers have to implement the technology, but the company claims many top-tier developers are already working with the tools provided.

The GamePop Mini will go up for pre-order on July 1, and will come free with a subscription. Gamers who want the $129 GamePop console instead can get that device for free by pre-ordering the GamePop subscription service by June 30.