Boost Mobile announced their newest Android smartphone today, the Samsung Replenish. Touted as being eco-friendly due to being made partially with recycled plastics, the Replenish also benefits from one other virtue: price. Boost and other pre-paid, non-contract carriers sell phones without the subsidized price, which can get expensive for smartphones. Thus the $99.99 price tag is very appealing.

The Replenish is on the small side for an Android device, having only a 2.8-inch screen. This is likely one of the reasons it’s affordable. Those who do a lot of texting and emailing will appreciate the ever-present physical keyboard, even if it is on the small side.

There’s only one camera, a 2MP affair on the back, plus GPS and Bluetooth. Though Boost phones are on the Sprint network, don’t expect 4G from this little guy. It runs on Android 2.3, not Ice Cream Sandwich, though I’d be interested in seeing that version on so small a screen. 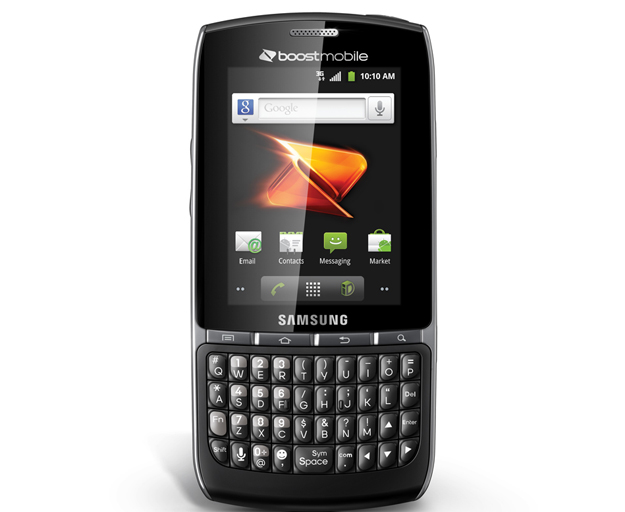 Boost is also introducing a buyback program that gives credit toward a new phone when you trade in an old one. Yet another way to bring the out of pocket price down.

Customers get an extra benefit if they stick with the carrier’s $55/month Android Monthly Unlimited plan (includes talk, text, web and email). If you make 6 payments on time in a tow, your bill goes down by $5 a month. Keep it up and the plan could cost you as little as $40/month.

The Samsung Replenish will be available January 16th.