Recent startups like Airbnb are beginning to transform the hospitality industry by allowing homeowners and those with extra space to rent out a room or their entire abode for short periods of time, allowing common citizens to compete against traditional hotels. However, despite the high-tech apps that match space owners with short-term renters, these solutions still require a physical key to be exchanged by both parties.

Enter Breather, a new service that’s hoping to simplify the rental market by tapping home automation technology so that keys don’t have to be exchanged. Taking a page out of ZipCar‘s playbook for simplifying membership car rental services, Breather is using wireless, Bluetooth, and NFC door locks, like those offered through Lockitron for now and potentially with other home automation systems in the future, to simplify the process. 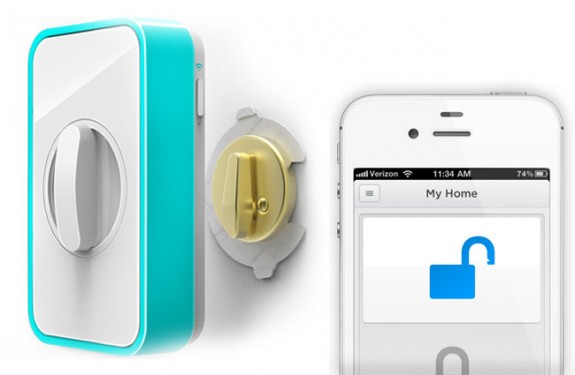 And rather than charging daily rental rates for available rooms, renters could reserve rooms for as little as thirty minutes each day to a full day, according to VentureBeat, Rates start at $20 per hour for rentals.

‘All of the spaces include a couch, a desk, Wi-Fi, and electrical outlets,” the publication reports. “Breather’s staff maintains these rooms, and only registered members can enter”

This allows renters more flexibility, similar to how ZipCar offers hourly rentals for its cars. Got a startup you need to pitch and want a meeting space that’s not your garage? Let Breather help you find a living room to rent. Need a quiet space for a nap in the middle of the day? Breather can give you the keys to a safe, quiet abode.

Unlike Airbnb, which is a crowdsourced rental market, it appears that Breather will be the owners of these spaces or rooms.

The service will begin rolling out over the next few months starting in New York City. It’s unclear if other markets will be tapped.

The entrance of Breather in this crowd rental space will be interesting. Existing laws and policies will need to be changed as governments will need to adopt to the new technology space. One Airbnb owner who rented his room in New York City was recently fined as it was deemed he was operating a hotel under archaic laws. And Uber, a ride service, is finding that it needs to challenge old laws meant to protect the taxi industry.