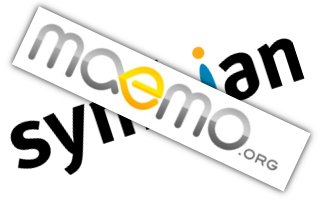 In a tidbit that made my tablet-sense tingle (okay, fine, it’s a feed aggregator), the Financial Times in Germany (written in German, in case you wanted to click through) is reporting that Nokia isn’t entirely pleased with their recent purchase of Symbian. As translated by TechCrunch Europe, a source close to Nokia said:

““Symbian is much too cumbersome to keep up with modern operating systems. We have to react.Ã¢â‚¬Â

Their supposed escape plan is to adopt Maemo, the open source OS they use in their Internet tablets. I’m all for that plan, but my initial reaction was deep doubt. Nokia just spent millions of Euros to purchase Symbian, so now they’re just going to dump it for a free OS? Sounds absurd to me.

But then TechCrunch pointed out the Symbian OS has 20 millions of lines of code, nearly as much as Windows XP, and they ran through a laundry list of companies Nokia purchased and subsequently dumped. Okay, now it sounds plausible.

Regardless, there’s no question in my mind that Nokia needs to do something. Despite the generally superior hardware compared the iPhone, their N97 received a lot of middling and even poor reviews credited mostly to the lacking software experience. If their road to software improvement takes them back to what they did on their Internet tablet, all the better.