It’s been three years since a “boots on the ground” Call of Duty game, and that’s changing for Call of Duty 2017.

Recently Michael Condrey, the Chief Operating and Development Officer replied to a fan of the series describing Call of Duty 2017 as, “on the ground.” 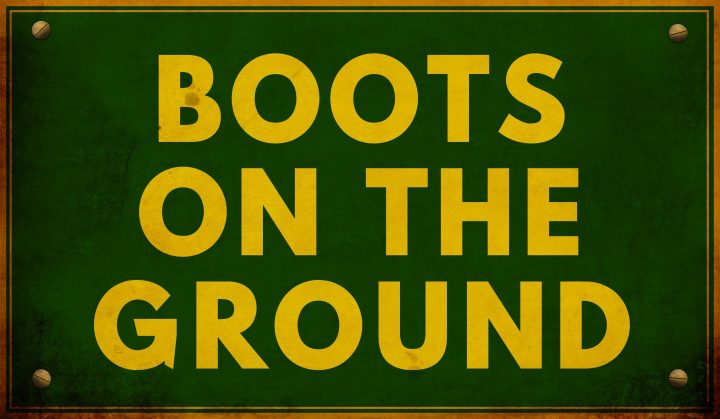 While Condrey didn’t go so far as to say, boots on the ground, this is a clear sign that we are moving away from jetpacks or the advanced movement system to something familiar. It’s unlikely that we will go fully back to Call of Duty roots, but expect a more traditional style of play.

The COD 2017 movement system will likely keep the auto mantle options added in Call of Duty Ghosts back in 2013, but from there on out we could see changes. When asked about sliding in COD 2017, Condrey coyly replied “yes”, linking to a SledgeHammer Games blog posting about the inclusion of a slide in the SledgeHammer Games HQ.

This is far from confirmation that we will see sliding in COD 2017, but it is a feature that does help with the pace of the game. Going back to a Call of Duty with no new movement options could prove jarring for fans who spent the last three years playing with the new movement system.

Call of Duty: Black Ops 3 is the standout Call of Duty title with advanced movement, but fans tired of the system with the release of Call of Duty: Infinite Warfare.

In 2016 Battlefield 1 arrived with more traditional boots on the ground style of play, pulling gamers away from Call of Duty with a more appealing movement system, setting and with larger maps filled with more players at once.