In a recent interview, Samsung head J.K. Shin revealed his company’s ambitions for Tizen as the company is exploring ways to turn every piece of consumer electronics it makes smart by powering them with the OS that was jointly developed alongside chip-maker Intel. This could mean that Tizen, or core parts of the OS, could potentially find its way into things such as dishwashers, HDTVs, robotic vacuum cleaners, and smartphones, and Shin wants to expand the appeal of Tizen to cars and everything in between. 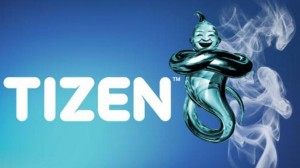 This hopeful optimism for a mobile operating system isn’t new. When Hewlett Packard, HP, bought Palm and the webOS platform, the computer-maker was bullish on the smart mobile operating system that was described by pundits as a real rival to Apple’s iOS. However, over time, the optimism waned, and webOS never expanded beyond the Pre smartphones and TouchPad tablets despite HP wanting to place the OS into things such as printers and servers. Eventually, webOS was sold to LG for that company’s smart TV ambitions, but thus far we have heard little development on that end.

Samsung began to heavily investing in Tizen as rumored tensions between the largest Android OEM and Google, the maker of the Android OS, grew. At the time, it was believed that Google thought that Samsung could throw its weight around and hold the platform hostage while Samsung thought that Google would become increasingly entrenched in the hardware space through its acquisition of Motorola Mobility and become a competitor.

It’s clear now what Samsung thinks of Tizen. In an interview with CNET, Shin confessed that Tizen is more than just an experimental hobby, and that the head of the largest phone-maker in the world sees Tizen as a “simple alternative to Android.”

“Cross-convergence is the one [area] Samsung can do best since we do have various parts and finished products,” Shin revealed, suggesting that Tizen could be leveraged to bring smarts to a number of different gadgets, appliances, and spaces.

Tizen will gain importance for Samsung as the company, like its rivals, is experiencing increasing saturation in the smartphone market. As such, it will have to look to other computing categories for growth, and injecting a computing OS into what may appear to be mundane appliances could help Samsung move into its next phase of growth.

And given that Samsung would have more control of Tizen than it does Android, it could potentially create an ecosystem, like Apple, but still more open like Android. A phone that could remotely start your car while ordering a pizza and initiating the dryer at home all powered by Tizen is that elusive dream that Samsung is chasing. Google attempted parts of this with Android @ Home but without much success, and various other players are beginning to emerge in this space such as AT&T with its Digital Life home and Time Warner with its remote monitoring and security service. Does Tizen have what it takes? And will Samsung not prematurely euthanize the OS like HP?