The Samsung Galaxy S III has leaked out several times over the last two months. We’ve heard about potential specifications. We’ve heard possibilities in terms of a release date. We know that Samsung will be announcing it at a standalone event during the first half of 2012. And we also know that it’s going to have big shoes to fill.

You see, the Samsung Galaxy S II, the previous version of the Galaxy series, has gone on to sell over 20 million devices worldwide. That’s a pretty impressive amount for a phone not called iPhone.

And, as I’ve argued, it has propelled Samsung into another tier on the smartphone manufacturer ladder.

Instead of taking on the likes of HTC and LG, Sammy now has its sights set firmly on Apple and the iPhone. In order to put up a valiant fight, it’s going to need its upcoming flagship phone, the Galaxy S III, to sell better than the Galaxy S II. 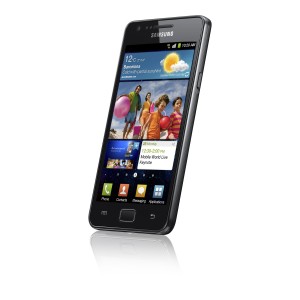 Before the weekend, I thought that it had an extremely good chance at doing this. It had been rumored to have a high-definition display, a quad-core -processor, an extremely thin design, and quite possibly, a waterproof design.

Oh, and let’s not forget the rumored 4G LTE speeds.

However, over the weekend, a report surfaced claiming that the Galaxy S III will employ an absolutely massive 4.8-inch high-definition display. And today, we learned that it might employ a full-HD resolution display with 16:9 aspect ratio – perfect for watching media content like movies or TV shows.

Many of you might see the display as a good thing. I know I do, save for one thing.

As I’ve said before, one of the things I would change about the Samsung Galaxy Nexus for Verizon is the size of its screen. It employs a 4.65-inch HD display and I often get annoyed by its large footprint.

It’s massive and I just feel more comfortable with my 3.5-inch iPhone 3GS.

(Read: Why the iPhone 3GS Is Still My Favorite Phone.)

So, if Samsung does go with a 4.8-inch display on the Galaxy S III, it might end up being bigger than the Galaxy Nexus. Even if it eliminates the lower bezel and employs an edge-to-edge display, as we’ve heard it might be doing with the Samsung Galaxy B, it’s still going to be a large phone.

So I’ve been asking myself, over and over again, whether or not this bump in screen size is going to be a good thing or a bad thing in terms of sales of the Galaxy S III. Will it hurt or help?

At this point, I am going to say that it’s going to hurt them.

It’s hard for me to see an iPhone 4 owner, one group that Samsung will likely be targeting this summer, giving up their device that easily. For one, the screen size difference is vast and two, Apple will likely be dropping hints about an iPhone 5 during the summer.

I don’t think Android, and better yet, current iPhone owners will be immune to those, especially when this iPhone is rumored to feature 4G LTE speeds.

In addition, Samsung is going to have competition in the large screen space for the first time.

HTC will be launching an impressive device in the HTC One X which boasts a 4.7-inch display. And LG has the Optimus 4X HD on tap which also houses a 4.7-inch screen.  Both smaller than that 4.8-inch display that’s supposedly on the Galaxy S III.

Those will eat into sales as well.

Android manufacturers seem to think that going bigger is going to be the answer.

But are the vast majority of smartphone owners going to buy in?

Is there a niche for a 4.8-inch smartphone?

But if Samsung wants its next flagship smartphone to be as successful as the Galaxy S II or the iPhone, I think it needs to move beyond a niche and into the mainstream. It did that with the Galaxy S II and its smaller screen size.

But I just can’t see a nearly 5-inch smartphone getting that kind of traction.

Hopefully, Samsung offers consumers a smaller choice of screen size, like it did with the Galaxy S II, which was available in different sizes on different carriers.

If it doesn’t, I think it might have a tough sell on its hands. Why stray from what works? It worked for Apple and the 3.5-inch display on the iPhone.

And I think it would work for Samsung.

Would you buy a Galaxy S III with a 4.8-inch screen?