Can the iPad 3 Kill Tablet Contracts?

The iPad 2 sold more tablets in the last 90 days of 2011 than all Android tablets currently activated by Google. There are a number of reasons that the iPad has won over consumers, but one of the biggest reasons has been the lack of any contract.

The iPad has never come with a contract, just a $130 price premium for the 3G model. If the iPad 3 has 4G LTE connectivity, could it force Verizon and Android tablets to kill off contracts and offer better month to month pricing?

Read: Apple’s iPad 3 Event: What You Should Expect

This week we saw numerous Android tablets announced at Mobile World Congress 2012, and Verizon announced the availability of the Samsung Galaxy Tab 7.7. All of this days before Apple announced the iPad 3 event, which takes place on March 7th in San Francisco. 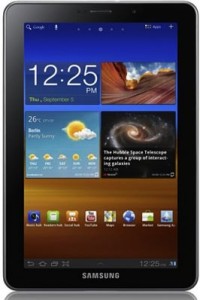 While the Samsung Galaxy Tab 7.7 looks like an awesome tablet, the pricing completely kills the deal for the average consumer. On one hand, Android tablets are coming closer to the iPad’s starting price of $499, but too many of them come with contracts that kill the deal.

The Samsung Galaxy Tab 7.7 is $499 on contract, but you must also factor in the $720 in data fees for the term of your contract, which would leave you with enough money to buy a WiFi only iPad 3 and a iPad 3 WiFi+4G, assuming iPad 3 prices stay the same.

And that’s using the cheapest monthly plan. Based on the recent Verizon retail experiences of friends and family, I’d bet many new tablet owners walk out of Verizon with more data than they need.

Android is great and all, but to the average consumer and business user it doesn’t offer a premium over the iPad. Even if you compare the $699 off contract price of the Droid XYBOARD 10.1, which allows you to use it without a contract, most users won’t pay $70 more. Not even the stylus is enough to draw in the average consumer.

Kevin C. Tofel at GigaOm called for tablets on contract to be abolished this week, highlighting many of the reasons that tablets on contracts don’t work. In addition to price, Tofel hits the nail on the head calling out the lack of family data plans and the fact that most consumers already have tablet features and a mobile hotspot on their smartphones. 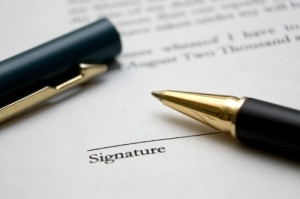 Honestly, shouldn’t I be able to buy a bucket of data for all my mobile devices to share? I can already do it with minutes and so far Time Warner isn’t charging me an extra fee for every WiFi device I have at home (or I would be broke).

On Google+, there’s a healthy discussion going on about tablets being sold on contract, and that’s where the best point of all is. Yes, there are people who will buy the Galaxy Tab 7.7 off contract or who do want the contract, but that’s a very limited number of people.

I certainly don’t hear readers clamoring to lock in a tablet for two years when Samsung announces a new tablet every other month and major upgrades happen at least every year.

Because of all these factors, many consumers don’t consider the best Android tablets available, which gives the iPad less real competition. I know I don’t want to live in a one tablet world. Competition drives innovation, and without it we’ll see lackluster features and tablets.

Can the iPad 3 Kill Contracts?

One of the most pervasive rumors about the iPad 3 is that it will come in a iPad WiFi + 4G model, a first for an Apple product.

Assuming the iPad 3 price remains the same with 4G LTE, it will be the most affordable off contract 4G LTE tablet Verizon offers, and will put incredible pressure on Verizon and Android tablet manufacturers to offer cheaper, off contract tablets.

I don’t expect to see this happen overnight, but with 4G LTE the iPad 3 has a chance at tuning the Android tablet table in favor of the consumer.

Would you be more likely to buy an Android tablet if it didn’t have a 2 year contract?