The HTC Vigor and the Samsung Nexus Prime are two hot Android devices we expect to land on Verizon within the next few months. Both of these devices pack impressive specs, and now that we’ve seen the Nexus Prime — impressive looks.

There’s no doubt that the Nexus Prime will go head to head with the iPhone 4S, and it will be counting on Android Ice Cream Sandwich to get a leg up.

The HTC Vigor won’t have the latest version of Android, but it should have Sense 3.5 which delivers a highly styled skin on top of Android.

In short, these will be flagship devices — going head to head with the best competition Apple could deliver — but can they survive the Verizon retail experience. 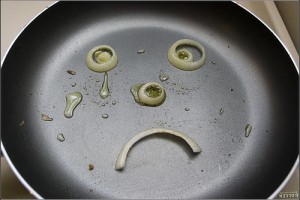 If you go into your local Verizon store and purchase a top of the line Android phone, you’re lucky to make it out the door without a smattering of bad advice that will ruin your Android experience.

One user who recently returned his Android phone for to go back to BlackBerry (Yes, BlackBerry) described his experience with Android as, “The worst 30 hours of my existence.”

Thanks to a lack of training, many of the front line sales staff are giving poor advice to Android buyers, which results in a sub-par user experience and ultimately drives people away from the brand. Android has enough issues without misinformed sales staff giving advice on getting started.

Here’s a list of things I have seen on phones that come straight from Verizon, and advice that has been given;

Back when the Motorola Droid launched, there was a need for task killers, and it was almost understandable that phones were heading out of the store checking Gmail accounts multiple times, but not anymore.

What Verizon Needs to Do

Verizon could use some help from HTC, Samsung and Google in launching these devices without hiccups. How could they do this? Deliver good in store training for the devices, and dispel the myths that many staff have about the right way to use and setup Android devices.

Look at the sales sheets that Apple has for the iPhone 4S. Apple has given retail staff three key demos to use to show off the power and features of the iPhone 4S — demos that real users can relate to. If Samsung and HTC provided two features to retail staff, and Google gave a short guide to showing off Android these devices, and other Android phones, would have a better chance at surviving the retail gauntlet.

While there are knowledgable Verizon employees, too often average consumers suffer from a bad Android experience because of bad advice given when they purchase their phone.