Cast to Your New Chromecast Audio with These iPhone Apps

The all-new Chromecast Audio is designed to smarten up any speakers you own – as long as they have a 3.5mm in jack – by hooking them up to the internet.

Of course, the record-shaped Chromecast needs some apps to support it; you can use any Chromecast-enabled app to send content to the Chromecast Audio, but most are designed to send video to your television. Here are the top audio-only apps to give your iPhone something to cast about.

Rdio is a classic online streaming music service founded by the partners behind Skype. It offers both ad-free premium subscriptions as well as ad-supported music listening. You can listen to Rdio via your Chromecast-supported iPhone, but also via Chrome on the desktop.

You can download Rdio in the App Store here.

Another online music streamer, Rhapsody is one of the oldest around at nearly fourteen years old. Like many of the older apps, this started out as a music store with tracks you downloaded and bought, but has since made the transition to a streaming service. They offer your first three months for a dollar, then charge ten bucks a month (with a discount for those of you on T-Mobile).

You can download Rhapsody in the App Store here.

Songza differentiates itself from the other massive music streamers by avoiding all the computer-generated music playlists. Instead of relying on an algorithm to model a user’s tastes and behaviors, Songza prefers to use playlists made by “music experts.”

With its large amounts of pre-generated playlists, the company tailors its recommendations to the user by relying on activities – offering a high-intensity playlist for working out, or a calmer one for a late-night, pre-bed dance party. It also offers fun playlists like “90s One-Hit Wonders” that are often hard to find on competing services.

You can download Songza in the App Store here.

Instead of offering music, TuneIn lets your iPhone tap into more than 100,000 broadcast radio stations in real time (including AM, FM, HD, digital, and internet stations), as well as more than four million programs on demand – like podcasts.

You can download TuneIn Radio in the App Store here.

You can download TuneIn Radio Pro in the App Store here.

The lowest rated option of any apps in the list, Google Play Music is the search giant’s unlimited music service – you can subscribe to the premium service and gain the ability to listen to whatever whenever, or keep your change and let the ads support your music habit.

Play Music is similar to Songza in terms of offering a bunch of tailored playlists, but this time around, it’s all done automatically by Google’s servers.

You can download Google Play Music in the App Store here. 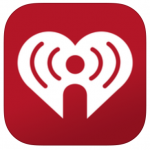 iHeartRadio works by recommending you new music and, like TuneIn, the ability to listen in to hundreds of local broadcast radio stations across the US (and a few others from around the world). If your local station is part of the Clear Channel conglomerate, then this might be the app you want to get.

You can download iHeartRadio in the App Store here.

On the surface, NPR One seems like yet another radio streaming app.  And it is! But it’s more than that, too. A new re-branding effort on the part of NPR’s online services, NPR One includes the ability to stream your local – or any other – NPR-affiliated station. It also lets you listen to NPR shows and podcasts, and tailors NPR news coverage to your interests, so you can get brief stories mixed in with music and talk radio.

You can download NPR One in the App Store here. 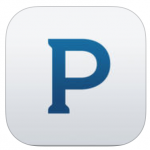 An outgrowth of the storied Music Genome Project, Pandora was the original music recommendation service and store that, like everyone else, now survives as a music streaming platform. It offers both ad-supported (“free”) and premium options for music, but only 5% of its users end up forking over the cash.

It’s also one of the largest services of its kind with 80 million active users (and just look at the number of reviews).

You can download Pandora in the App Store here. 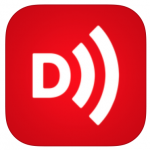 Downcast was one of the original “podcatchers” – an app or service designed primarily for the downloading of and listening to podcasts – offered in the iOS App Store. Its adoption was driven by users dissatisfied with the development and lack of features in iOS’ native Podcasts app.

As it doesn’t offer content, the app survives through purchases and not advertising; that’s why it’s one of only two paid apps on our list.

You can download Downcast in the App Store here.

Our last app is another music streaming service with approximately 16 million users, about a third of which are subscribed to the paid tier. It’s one of the original streaming platforms and has struggled to pay the bills even as it blazed the trail for other apps to follow.

You can download Deezer in the App Store here.