Move over Honeycomb on tablet as Ice Cream Sandwich will be the talk of Android’s tablet and smartphone ecosystems for the foreseeable future. While other tablet makers are busy trying to get Android 4.0 onto their slates, it looks like one manufacturer in China already has a head start and is showing off its efforts on a dual-core Tegra 2 hardware with 1 GB of RAM.

As the tablet is aimed for the Chinese market, the usual Google apps are missing, including Android Market. That said, the tablet will support 3G, Bluetooth, WiFi, and GPS. According to its makers, the device will be priced affordability, though pricing and release date were not disclosed.

According to TechCrunch, the device is said to be a Xoom knock-off, but I don’t really see any Motorola DNA here. 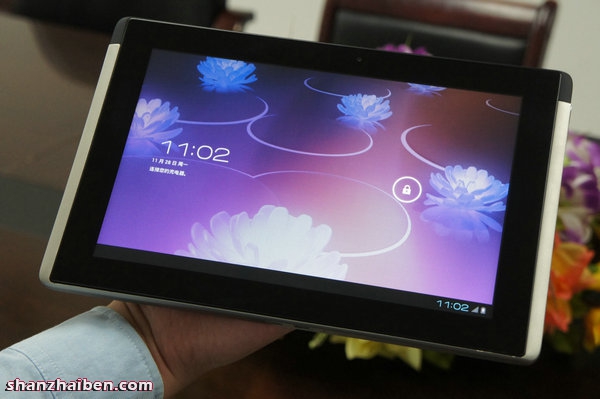