Supercell already released a big Clash Royale update this month, but another is coming on November 30th. Now that the details are official, here’s what players need to know. We’ll also explain what to expect from the all-new Electro-wizard Legendary and Clone Spell.

Since being released in March Clash Royale hasn’t slowed down. Continuously being one of the most popular mobile games, and receiving new content every month. The Elite Barbarians are available now, two more cards are coming every two weeks, and a big balance update is set for November 30th.

Following the October game balancing changes to cut down the Giant, Supercell made even more in November. However, those weren’t enough and they’ve just announced an entire set of improvements coming before the end of the month. 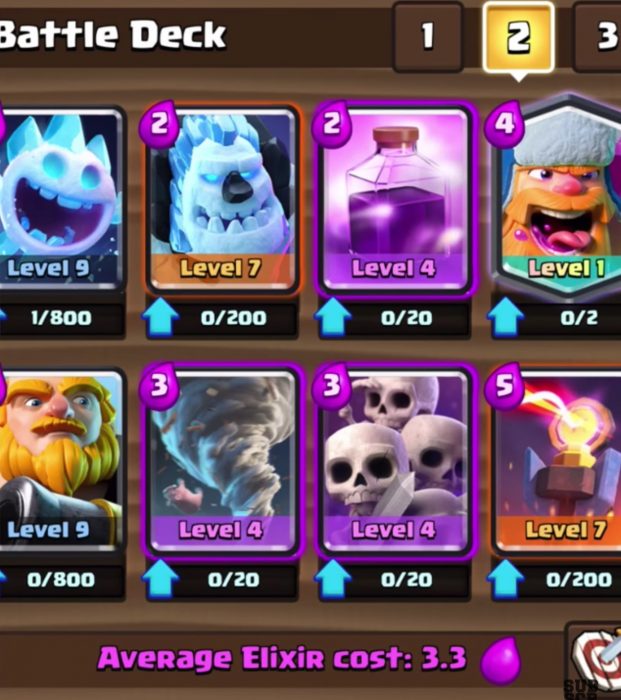 A new Tornado air and ground spell is coming soon

In October Supercell calmed down overpowered Giant and Poison decks, changed the log, and boosted the Skeleton Army. Then made Elixir collectors more of a gamble by making them more expensive. We also received new troops and spells to change up gameplay.

Then we received a neat new Double Elixir challenge and a few new cards. And while that’s great, balancing changes are the most important aspect of Clash Royale updates. As a result, here’s what will change on November 30th.

– As one of the most used cards at the top and in challenges, Mega Minion is clearly in need of some attention. It offers a lot of value on defense and fits into almost any deck, so we’re looking to reduce its damage output and make it a less obvious choice.

Elixir Collector: Production Speed increased to 8.5sec (from 9.8sec), Lifetime decreased to 70sec (from 80sec)
– Our last change took the Elixir Collector from a heavily overused card to a relatively underused one, so with this change we’re aiming for a middle ground! Increasing the Production Speed, but reducing the Lifetime, will give you a quicker return on your investment and make it a bit more rewarding to play – while still maintaining the risk aspect.

Poison: Damage increased by 10%
– After removing the slow effect, Poison needs some more damage to compete with other spells – specifically Fireball – for a place in your deck.

Tombstone: Spawn Speed decreased to 2.9sec (from 2.5sec)
– Tombstone is the most used building at the top, so we’d like to rein it in a little bit. Decreasing the Spawn Speed will result in a slower trickle of Skeletons and 2 less over its Lifetime.

Lava Hound: Lava Pup Hitpoints decreased by 1%
– This is just to fix an inconsistent interaction with Crown Towers vs. Lava Pups at certain levels.

Above gamers can see some of the upcoming changes. The Mega (Meta) Minion is getting toned down. Not to mention the Lava Pups and Tombstone. Supercell is also reviving the Poison spell a little bit, and making the Elixir collector useful again. A good middle ground.

That said, users should be excited about four new cards, changes to friendly battles, a fix for cheaters and more. On November 25th the Elite Barbarians were released, and up next is the Clone Spell.

The first card is 3 Elixir and is a Tornado that hurts ground or air, and pulls the troop to the center of the Tornado. It is already available. Next up was the Elite Barbarians which are still trying to find a place in our decks. I’m more excited about the Electro Wizard Legendary. He deals damage slowly, but shoots two electric charges that stuns the target. A leaked video showed all new cards, but was recently taken off YouTube.

Next up though, is the Clone Spell. It clones any and all friendly troops inside the spell radius. They deal the same damage as a regular troop, but die from anything. They’re extremely weak and easy to kill, but a well-placed clone spell could win the game. Cloned Minion Hoard will be dangerous.

Look forward to the Clone spell being released on December 9th. That along with the changes mentioned above should add a refreshing change of pace. The game balancing changes on the 30th are welcomed, and stay tuned for more details about the new Legendary card.