Back in January, CNN released their Android application for Android 3.0 Honeycomb meaning it wasn’t available to Android phone owners. However, today, CNN has pushed out a handset compatible version of their app which can be found on the Android Market. 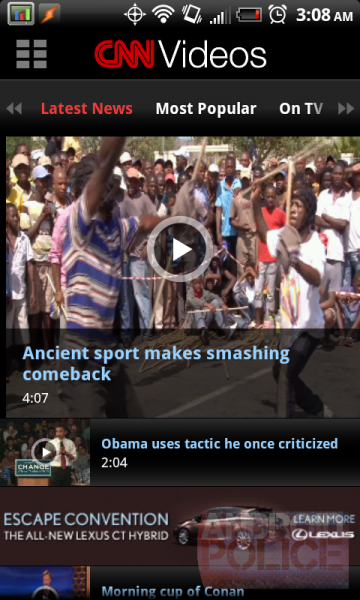 In order to use the application, you’ll need to be running Android 2.1 Éclair or higher but since that includes most Android devices, most Android handset owners will get to take advantage of the features the app brings to the tablet.

As Android Police points out, the app isn’t exactly the most user friendly software on the Android Market. Not only are there ads everywhere but there are also apparently some bugs that need to be ironed out.

Still, it’s nice that the application is finally available to phone owners that want it. You can find the CNN app for Android Phones here.