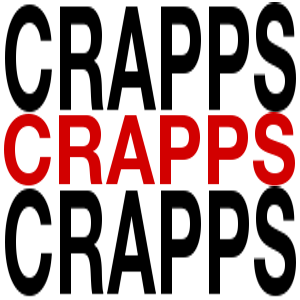 A topic that’s been bubbling up in my feeds lately is that of crapware on mobile phones. Previously, I questioned whether smartphones would grow into a breeding ground for these unnecessary applications. The answer thus far is not positive.

Chris Pirillo and Wired’s Gadget Labs have reported on bloatware that’s been swimming in a couple of recent smartphones. Tech-savvy users aren’t doomed to live with this: Lifehacker passes on news that Droid X can be rooted, despite earlier worries over its eFuse system. That should hold true for any Android phone, but root-and-remove is far from a consumer-friendly solution and won’t stop the bloatware from being preloaded. It would seem crapware will be as much a fact of life on smartphones as they are on PCs.

But when life throws you lemons, the best thing to do is make lemonade… or throw those lemons right back in life’s ugly face. Thus, I suggest we put these bits of bloatware or crapware in the least flattering light possible and call them CRAPPS. ‘Cause it’s a portmanteau of “crap” and “apps”, get it?

This is not meant to insult the device or operating system, but rather to make clear to the service providers who deploy CRAPPS that preloaded, unremovable, unnecessary apps are not what we want. And just to pre-empt the fanboy accusations, let me make clear that Weather and Stocks on the iPhone do meet my own criteria of CRAPPS. They were fine to include at first, before the iPhone was opened to other options, but now they’re just not critical enough to be preloaded and unremovable (I much prefer The Weather Channel app). In other words, I’m downgrading them to CRAPPS status.

Now, don’t go out of your way to promote this phrase. Just let it happen naturally. If a friend needs your help to remove pre-loaded apps from their phone, politely say “sure, I can remove those CRAPPS for you.” But don’t grab someone’s phone and say “look at all the CRAPPS”. It’s not their fault. One person’s feeling about an app won’t necessarily match someone else’s, but I hope we can all agree that an app someone doesn’t want but can’t easily dump is CRAPP.