In the latest Consumer Reports rankings of smartphones, the Samsung Galaxy S4 flagship tops the list, besting out old favorites like the iPhone 5.

The device was also recently selected by Google as an alternative to the Internet giant’s traditional Nexus-branded phone called the Samsung Galaxy S4 Google Edition, or the Nexus Edition. The device retains all the hardware and aesthetics of the Samsung model, but will come with native, pure Android rather than the TouchWiz bulk Samsung has overlaid on top of the operating system. 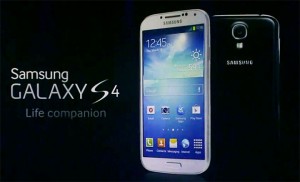 Given the Nexus Edition of this year’s flagship, it’s also interesting that the Galaxy S4 replaced another Nexus variant from last year, the Optimus G from LG. The Optimus G is LG’s variant of the the LG-made and Google-branded Nexus 4.

This year’s ranking is as follows:

From the list, it seems like Samsung’s Galaxy S3, which launched in the first part of 2012, still outranks Apple’s flagship iPhone 5, which launched later in the year. The year-old smartphone along with its newer successor gives Samsung two flagship devices that out-wows the iPhone 5.

A lot of what gives the Galaxy S4 its stand-out ranking has to do with all the new hardware and software features that are packed into the Galaxy S4. On the hardware side, we have a large 1080p full HD display in the same form size as the Galaxy S3, infrared blaster to control your home TV, and an abundance of sensors and radios. Samsung also made Multi-View windows a hallmark of its software multitasking feature as well as new gestures to interact with and control the phone without having to touch the display.

“The S4 has an excellent 5-inch, high-definition (1080p) touch-screen display, as well as oodles of gesture- and sensor-based tools for accessing and sharing content you create and capture on your phone,” the publication says. “The display is sensitive enough to use with gloves on—handy during cold weather.”

And while Samsung packed in all these features, it didn’t make the device overly complicated, according to Consumer Reports. Users didn’t have to use any of these features if they didn’t want to, and those who are intimidated can also use Easy Mode to shut off all the advanced features and use the Galaxy S4 as a large feature phone.

And the camera on the Galaxy S4 is also a top-notch tool; it’s “among the best phone cameras for photo quality.”

Some of the weaknesses rated by Consumer Reports on the device include video quality, mediocre call quality, and battery life.

This year, Apple is rumored to be releasing its iPhone 5S in the fall, which may include a biometric fingerprint scanner. The “S” in iPhone 5S is speculated to stand for security this year, following Speed in the 3GS and Siri in the 4S. Apple will definitely have to increase the features on the iPhone 5S to remain competitive. The company’s historical keep it simple mantra may not be as attractive to consumers anymore as users demand more from their smartphones.

Apple CEO Tim Cook gave hints that new and exciting Apple products are in the pipeline for later this year. Apple will be playing catch up to its Android rivals in this regard.

It remains to be seen how Consumer Reports will rank the unlocked, Google Experience edition of the Galaxy S4.