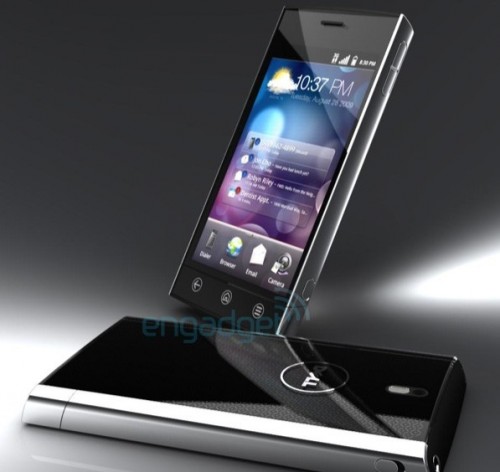 Looks like a Windows Phone 7 phone wasn’t the only Dell leak Engadget got their hands on. They’ve also got data on a bevy of Android devices with names like Thunder, Flash, Smoke, and Looking Glass, as well as some added details on the Streak.

The devices share a very sleek look, like the Thunder shown here, but only the Smoke shows a keyboard on the face. Click on through for specs on each, but keep in mind, these aren’t announced products, so they could all be vapor. Well, almost all.

The Looking Glass 7 is presented with a tablet road map that indicates it’s coming out in Q4 2010, two months after the Streak in August 2010. Bit too late for them to derail those projects, so we’re looking at two Android tablets from Dell before the year is up.