The Dell XPS 11, Dell’s first hybrid laptop and tablet designed to take on devices like Microsoft’s Surface Pro 2, is now available for users to order from the company’s website.

Dell finally announced the availability of the XPS 11 this past Thursday.  Not much has changed from the versions that Dell showed GottaBeMobile back in October. The XPS 11 bridges the gap between laptop and tablet by allowing users to fold back its 11.6-inch display. This way buyers can use the XPS 11 as tablet. Unlike many of the other Windows-based convertibles that use this technique, users don’t’ have to worry about damaging protruding keys when the XPS 11 is in tablet mode. That’s because the device doesn’t actually feature any movable keys. Instead, the entire keyboard is actually one solid membrane that is sensitive to the user’s touch. 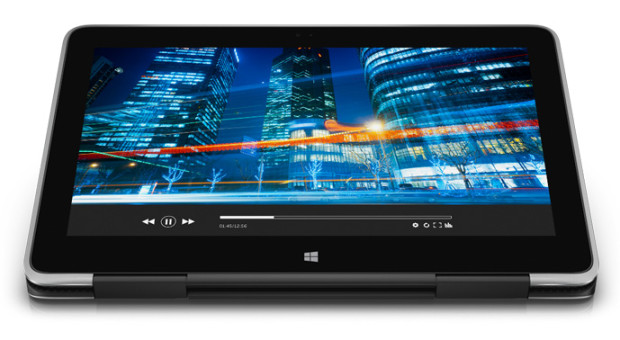 Final pricing for the XPS 11 begins at $999. For that price users get an 11.6-inch HD LED display, 4GB of RAM a 4th generation Intel Core i3 processor, 80GB of storage, Bluetooth and Wi-Fi. More expensive configurations come complete with an Intel Core i5 processor and more storage space. Users who order one now will receive their device in time for the holidays.

Dell has also pulled off a surprise upgrade of the XPS 13, its high-end answer to Apple’s Macbook Air and Windows-powered ultrabooks. Although this version of the XPS 13 looks identical to the versions Dell has shipped for the past few years, Dell has revamped the device internally. 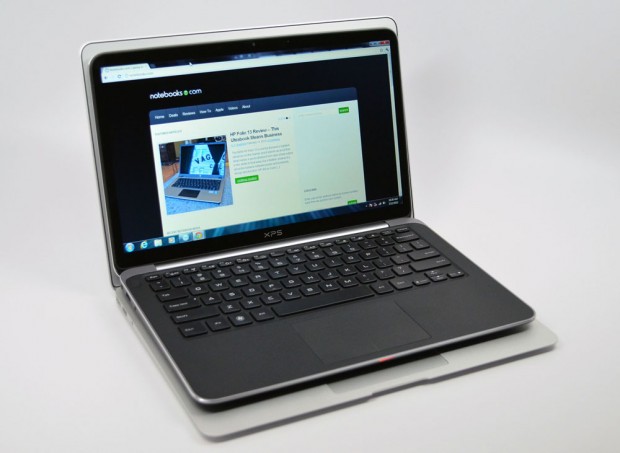 The Dell XPS 13 as compared to the size of a Macbook Air.

Every XPS 13 now includes a 13.3-inch 1080p display and a 4th generation Intel Core processor. Pricing begins with an XPS 13 that includes an Intel Core i3 processor, 128GB of storage and 4GB of RAM for $999. Users can upgrade the device with a touchscreen or more storage space as well. Dell says that users who order the XPS 13 can expect the device to arrive on December 17th. As such, users looking to upgrade to Dell’s latest and greatest ultrabook before the holidays, will want to order as early as possible.

All told, these machines are just the thing Dell needs as it heads into a holiday season battle between Microsoft’s own machines. Though they’re more expensive, Dell’s line of machines all use Windows 8, the version of Microsoft’s latest operating system that allows users to install applications outside the Windows Store. That’s something the Surface 2 can’t do. The addition of a touch screen display should help the XPS 13 compete better with the Surface Pro 2. That machine already boasts a touch screen, 4GB of RAM and a 4th generation Intel Core processor for just $899.