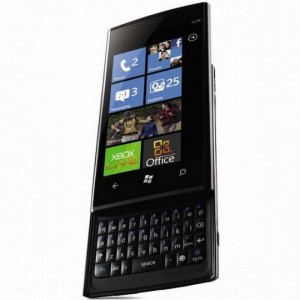 I couldn’t find the direct quotes to Michael Dell’s statement in Hong Kong where he says that Windows Phone (7) devices are easier to make than Android devices from Reuters, but popular blogs Engadget and IntoMobile ran the story yesterday. Given company CEO Michael Dell’s presumed statement, I think it makes sense as Microsoft has a tighter, more controlled grip on its smartphone ecosystem with Windows Phone 7, issuing guidelines and minimum specification requirements to manufacturers so that the end product is optimized for the best user experience. The strategy, more akin with what Apple has done with the iPhone, does limit the customizations that OEMs and manufacturers can make to the phone–and these limits probably save Dell and OEMs time and money from really having to create a functional user interface as Microsoft has already done that job for them. On the other extreme is Android’s free for all approach, which can lead to a more customizable, heavily skinned version of the OS with different user experiences from different handset makers; we’ve seen the “Android experience” vary between Motorola’s MOTO BLUR user interface to HTC’s Sense implementation to Samsung’s TouchWiz UI.

We’re not sure what Dell means by “easier to make” as most high-end smartphones contain the same or similar parts–mobile broadband radio, WiFi, Bluetooth, and GPS antennas, and a number of sensors, a high-end touchscreen panel, and a casing to start. However, given the contrasting UI and development paradigms between what Microsoft and Google are doing, Dell seemingly doesn’t need to invest a lot of time to “customize” its Windows Phone 7 offering–the company will soon be releasing a Windows Phone 7 offering by the name of the Venue Pro, a phone that both Chris Leckness and myself adore.

In terms of customizations, it seems that Dell seems a bit uncertain about how it wants to approach that route. That is particularly evident on the Dell Streak. The 5-inch tablet/smartphone hybrid that Dell is now promoting as a pocket tablet launched with a heavily skinned and customized version of a somewhat outdated Android 1.6 operating system. However, in some parts of the world, Dell had issued a stepping stone upgrade to Android 2.1 before the official Android 2.2 Froyo rollout. In Android 2.1 for the Streak, as compared to 1.6, Dell has seemingly scaled back the customizations, defaulting to a nearly stock Android camera and removing some of the cooler UI elements that attracted me to the Streak in the first place. With StreakSmart having received early photos of the Streak’s Froyo UI, it seems that Dell is moving towards a more stock Android experience with some customized widgets rather than a fully developed Dell-looking UI.

The positive spin to OEMs being able to create their UI on Android is that it does offer a more differentiated offering besides the hardware differences. The downside is that the UI requires development resources–both time and money–to be invested by the manufacturer and overall, it does fragment the Android experience.