Destiny puts the fate of Earth and the entire Sol system in the hands of players. Gamers create a Guardian, then go on a series of missions with that Guardian to uncover the mysterious object protecting Earth’s final outpost. There’s gear to forge, weapons to collect, armor to customize and raids to enjoy with friends. After months of teasing, the Destiny Rise of Iron release will add new story, an area and other great things to the ever-popular console-only role playing game. 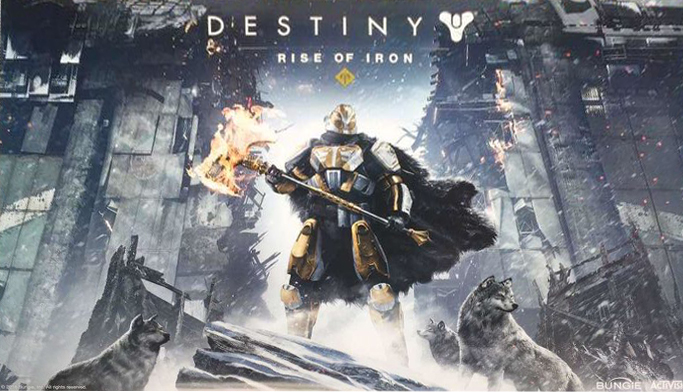 Destiny Rise of Iron is the huge expansion that Activision said was coming to Destiny sometime in 2016. It’ll add even more weapons, gear, missions and things for players to do with their Guardian.

The Rise of Iron expansion will launch on September 20th, according to the reveal event that Bungie hosted on June 9th. and all the promotional material that has appeared since then. That’s great news for Xbox One and PS4 owners looking for a new reason to play the game. That release date also means that Rise of Iron will arrive well ahead of big name releases for other franchises, like Call of Duty: Infinite Warfare, for example.

Rumors about a big change in platforms for the Destiny Rise of Iron Release trailer were accurate too. Bungie and Activision are dropping support for last generation consoles, like the Xbox 360 and Sony PS3. This new expansion will only be available to those that upgrade to a next generation console.

Destiny Rise of Iron will cost users who have all the game’s previous content another $30 at launch.

What the Destiny Rise of Iron Release Adds

“The wall which stood for centuries along the southern border of Old Russia has collapsed,” the description begins. Somehow, the Fallen have managed to release a “plague” that they don’t necessarily understand. Players team up with Lord Saladin to take them down. Saladin is from the game’s Iron Banner content.

Bungie confirmed everything the Xbox Store leaked. and the new activity line-up itself is pretty extensive. The story will add new quests along with that new campaign focusing on the Iron Lords and a dangerous new threat called the Splicers. 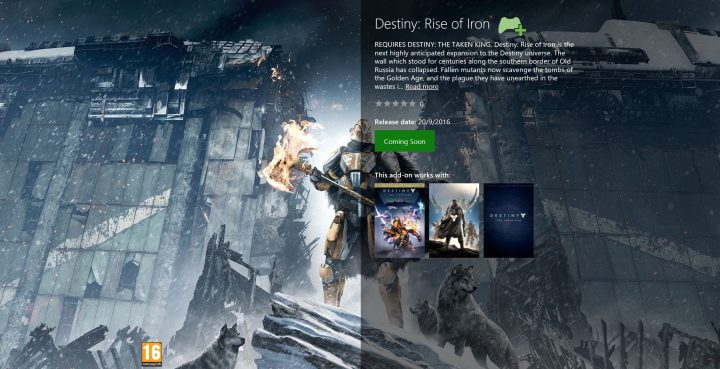 There are new armor pieces and gear to earn, which will definitely please anyone  looking to improve the look and stats of their Guardian.  Of course, Destiny is a primarily a first-person shooting game. As such, there are new weapons for players to craft and earn with the Destiny Rise of Iron release.

Raids are the end-all, be all to the Destiny combat experience. They focus on team-work and precision, making them some of the hardest activities to do in the game. This new update adds a single new Raid to Destiny. Buyers can look forward to a new Strike mission, Crucible Mode, and more multiplayer maps. The new faction of enemies come with a new set of bosses. Smartly, the update will include refreshes for existing Strike missions, Bungie confirms. 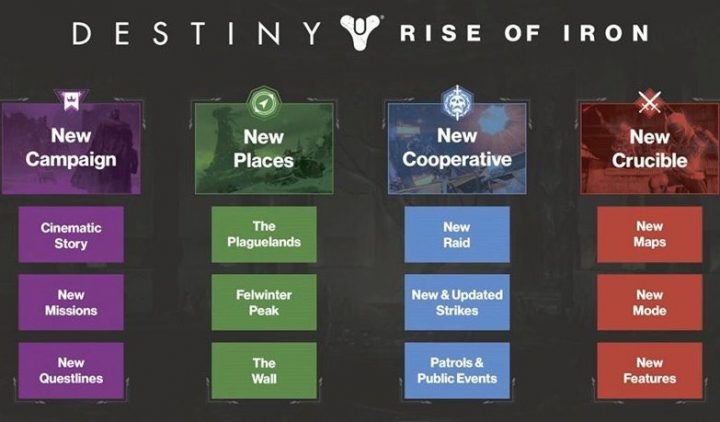 Players won’t just visit the Plaugelands in the campaign; Bungie is adding the area as an entire location for players to visit. The zone will come complete with a dedicated social space.

Most important of all, the Destiny Rise of Iron release will increase the game’s Maximum Light amount. This means that with the right crafting, and class decisions, player’s Guardians can be even more deadly.

To take advantage of Rise of Iron, players will need a copy of Destiny The Taken King, Bungie confirms.

With the expansion’s launch just two months away, Activision and Bungie are trying to build excitement. The two recently announced a pre-order extra that comes with every copy of the game purchased before launch. That extra is the Iron Gjallarhorn Sparrow vehicle. That’s in addition to the Gjallarhorn that the studio announced as a pre-order extra.

In addition to the Sparrow, GameStop is giving its customers an exclusive poster for their purchase.

Destiny Rise of Iron pre-orders kicked off on August 8th. As one might expect from a game update and not a completely new release, they’re limited to just digital downloads.

GameStop, Amazon, Best Buy, PlayStation Store and the Xbox Store all allow users to purchase the game add-on ahead of its September 20th launch for $29.99. Both the Xbox Store and PlayStation Store offer pre-downloads so that players can get the game files on their system ahead of launch. Pre-downloads don’t entitle users to play the download early, just have it ready ahead of launch.

Buying every piece of needed content wouldn’t be a great experience for users. As such, Activision revealed Destiny The Collection earlier this summer. This edition of the game includes every piece of content ever released for Destiny. It’s a great way for users that haven’t jumped into the game, to do so.

Have fun with Destiny Rise of Iron.