When HTC launched the HTC One Android flagship last month, there were only two capacitive touch Android navigation keys on the bottom, marking a deviation from the three buttons found on more recent handsets. On the HTC One, there is the back button on the left, the HTC logo in the middle, and a home button to the right. According to the manufacturer, the logo itself isn’t a button, but now according to information discovered by developers and hackers, the whole strip where the two buttons and the logo rest is itself a large capacitive touch area.

This means that in the future, developers could hack the phone to mark off the area under the HTC logo as a button, bringing back a three-button design. This third button could be used, according to developers at XDA-Developers and as reported by Uberphones, as a dedicated menu button or as a multitasking button. 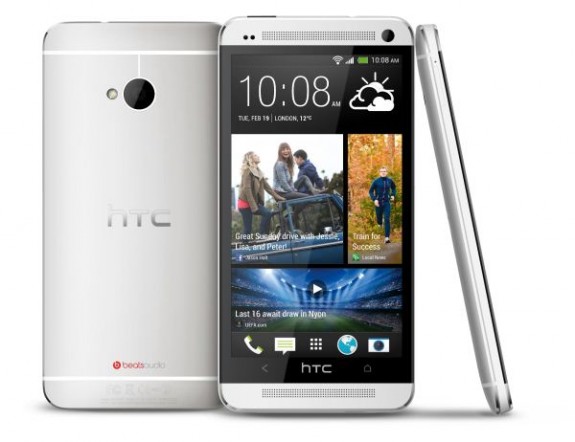 There’s still a lot of discussion about the HTC logo serving as a third button on the HTC One, and it’s unclear when a solution or hack will be publicly delivered at this time.

With Android 4.0, Google had recommended a cleaner design UI by moving capacitive touch and physical navigation keys onto the display. This way, when the display is off, there will be no visible buttons. This is the approach that Google had taken with the Samsung Galaxy Nexus and the Nexus 4. However, manufacturers have experimented with their own designs. Samsung has chosen to have two capacitive touchscreen buttons flank a center physical hardware button on its Galaxy phone and phablet lineup, and it chose to replace Google’s dedicated multitasking button by using a dedicated menu button instead.

Does having a third dedicated button influence your decision on buying this smartphone?