Devices with Samsung's Liquavista Displays Can Come As Soon As This Year? 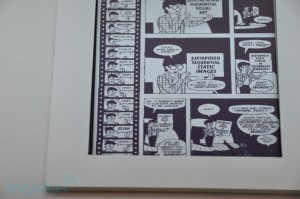 Electrowetting is a process applied to traditional LCD displays that help those displays perform better while reducing power consumption. It enhances brightness and will allow LCD screens to benefit from outdoors usability, similar to e-ink display, while cutting down on power consumption.

According to Samsung, modifying an LCD factory to using its Liquavista technology is simple and isn’t costly while building a factory to build Qualcomm’s Mirasol display would be an expensive roll-out, and Mirasol probably won’t hit the market until 2012 so Samsung can beat its rivals if it get retool some of its LCD production lines in time.

According to Engadget, Samsung has recently shown off a new monochrome–so black and white or greyscale–model that operates at a very low frequency to help with power consumption. The popular gadget blog notes that color Liquavista display still has a ways to go to match Mirasol’s reflective interferometric modulation displays. Even then, Mirasol’s color renderings seem a bit on the metallic side and a little washed out when compared to bright, vivid AMOLEDs and LCDs of today.

Qualcomm says that unlike e-ink, its Mirasol displays offer high refresh rates, which means that the displays could be used for video applications, for example. However, the higher the refresh rate, the more power would be consumed, but you’d get better video quality, so there is a trade off there.

Another color display technology that offers low power consumption and usability under direct sunlight is the Pixel Qi display technology, which was adopted on select models of the Notion Ink Adam tablet. Also, there is color e-ink displays as well.