We’ve been hearing rumors that Samsung’s Galaxy S II variant for U.S. carrier Sprint, known as the Epic Touch 4G, may be launching on September 9th. Now, that date may be more realistic than previously anticipated. In Samsung’s recent commercial advertisement for the device, which we had posted earlier in the day, Samsung had shown a U.S. variant of its second-generation Android smartphone flagship at the very end of the near-60-second commercial. Upon closer inspection, the device at the very end, with curved corners and four capacitive touchscreen buttons  at the bottom of the display, reveal a clock and date widget that’s set to September 9th, aligning with what we had heard before for the Sprint Epic Touch 4G release date. 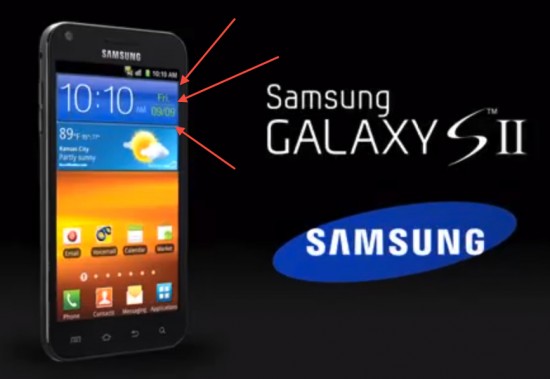 Given that HTC had employed a similar strategy in pre-releasing images of its Sensation/Sensation 4G smartphone prior to announcing an actual launch date, Samsung’s leaked date in the commercial may bear credence to the actual consumer availability of the Epic Touch 4G.