Just months after Sprint announced that it would sell itself to Japanese mobile carrier Softbank, communications company Dish Network has introduced a rival bid for the company.

After news of a rival-bid to Softbank’s purchase of Sprint this past weekend, Dish Network publicly announced that it had submitted a $25.5 billion bid to purchase and merge with Sprint Nextel – Sprint’s corporate company.

SoftBank had been in the process of finalizing a deal that would see Sprint become part of that company for $19 billion. That deal would have also included mobile internet provider Clearwire, as Sprint had already made an offer to purchase WiMax provider itself. 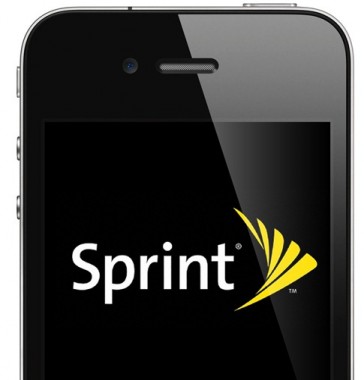 In a statement released this morning, Dish Network made it very clear that it intended to use Sprint’s assets from the purchase to create one company that could offer the combined entity’s customers a range of services that could better compete with the bundled services that its rivals already provide.

A transformative DISH/Sprint merger will create the only company that can offer customers a convenient, fully-integrated, nationwide bundle of in- and out-of-home video, broadband and voice services. Additionally, the combined national footprints and scale will allow DISH/Sprint to bring improved broadband services to millions of homes with inferior or no access to competitive broadband services. This unique, combined company will have a leadership position in video, data and voice and the necessary broadband spectrum to provide customers with rich content everywhere, all the time. – Dish Network Chairman, Charlie Ergen

According to Dish Network’s figures, the merger would save the merged entity $11 billion in costs. Dish Network had previously made it clear that it wanted to create its own 4G network when it made large wireless spectrum purchases in 2011.

A buyout by either Softbank or Dish Network could improve the life of Sprint’s customers. Both suitors have access to large amounts of cash, cash that could go a long way towards helping Sprint as it rolls out its faster 4G LTE network over large cities and towns across the United States.

A deal would also help it compete better with rivals AT&T and Verizon, both of which are able to offer their customers a bundled deal for wireless, television, and internet services at cheaper prices than they would have gotten had they gone with Sprint for wireless and then purchased those services separately. Currently, Sprint is the third largest wireless carrier in the United States after Verizon, and AT&T.

T-Mobile, the nation’s fourth largest carrier currently doesn’t offer any way to get bundled pricing on any services outside of its core wireless functions. It’s corporate parent Deutsche Telekom in the process of buying and merging the company with regional carrier MetroPCS. That deal would create a publicly traded company and thus act as an exit for the German telecommunications giant.