Windows, Microsoft’s popular traditional computing operating system, has long occupied a special place in the heart of consumers. For decades the Windows has been the go-to platform for getting real work done. When users want to create documents and edit video they turn to Windows. Apps are plentiful, and the platform itself allows users to do almost anything with a computer running Windows. For these people, Windows isn’t just a utility, it’s a gateway drug, something that expands and gains new capabilities as they need it to.

Unfortunately for Microsoft, I have a suspicion that this year’s Consumer Electronics Show will effectively kill whatever monopoly the company had on being that go-to de facto operating system for just about anything.

Take Lenovo’s N308 desktop. Powered by Android, the 19.5-inch touchscreen display finally brings Google’s Android operating system into traditional computing in a big way. Users can re-position the hinge so that the device acts like a desktop when they need it to. When users feel the need to move around the house they can take the N380 with them thanks to its built-in battery. Sure, its battery life is only rated for about three hours. Also, its quad-core Tegra processor means users won’t ever be able to replace the Android operating system it is running with Windows. Both of those are fair arguments, except you’ll actually have to convince amateur PC buyers to sit still long enough to listen. 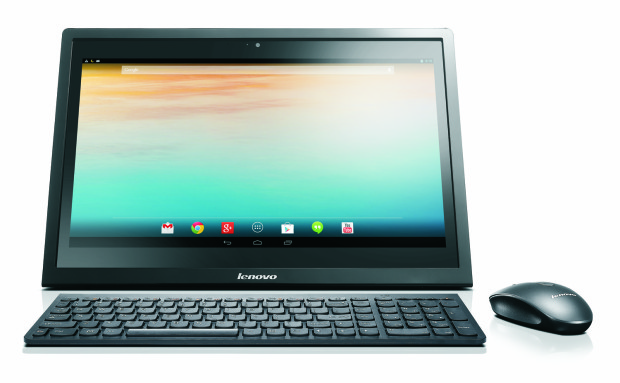 You see, a growing number of users are perfectly comfortable using Android. They’ve interacted with the operating system on tablets and smartphones. They’ve seen others use different Android devices for years. One of the biggest things that kept users with Windows is how familiar it is. After all, why should they bother learning something new like Mac OS? Well, with Android reaching massive sales these past two years, device buyers are already using Android on their phones, making it more likely that they’re already comfortable with it. To make matters worse, Lenovo is striking with a seriously attractive $450 price tag.

Don’t get me wrong. I’m not saying that Android-based PCs are going to catch on. Putting Android on PCs could turn out to backfire on Lenovo, and every other device manufacturer who tries it could find themselves with egg on their proverbial faces and a mountain of returned devices. On the other hand, there’s never been a better time for other operating systems to eat away at Window’s traditional computing market share. Chromebooks have shown that users are comfortable learning new tricks in the low-price computing space. Android is already in user’s hands. They know Android already. They – mostly – understand how it works and how to get it to do what they want.  And all of this comes at the same time as Microsoft is asking users to relearn the way Windows works.

My point is that Microsoft needs for something to start clicking with consumers and Windows. From what I’ve seen at CES 2014, and what I expect to see throughout the week, Windows is under siege.