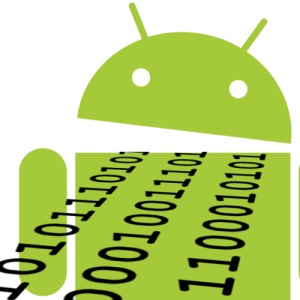 Forum regular segalsegal has shared an anecdote about three iPhones and one Android phone, all on AT&T, all put through similar usage. Yet, the Android phone was eating data faster than any of the iPhones. By itself, this does not prove Android phones somehow eat more data than iPhones, but is this the only such story?

You may recall earlier reports that Verizon smartphone users are consuming more data than AT&T iPhone users. The DROID X alone is said to consume five times more data than Verizon’s other phones (per user on average), something Verizon has “embraced”. Clearly, no one is hiding the fact that Android phones are consuming more data. Conventional wisdom assumes the users are watching more video, sharing hotspot connections, and otherwise more actively using data. However, segalsegal’s story suggests a lot of that data may be eaten passively by the phones, not necessarily actively by the user.

I did some digging for stories to corroborate that account. Unfortunately, a lot of the hits went to the Verizon data story, and the few stories of high Android data usage that did arise are not in comparison to iPhone usage. This one DROID 2 user, for example, noted much higher consumption than on his previous Android phone. The apparently culprit was the Motoblur UI polling Facebook. Another story shows how email polling saps the battery life of an HTC Hero, which in turn means higher data consumption.

Data polling is a known battery killer on mobile devices and likely led to Android’s (undeserved) reputation for poor battery life. The flip side of that is poor battery life means high data consumption. Thus, these two issues are intertwined.

Of course, the same is true for iPhone. For example, because she does not use push email, my wife is squeezing out incredible battery life on my old iPhone 3G, able to go days between charging. Meanwhile, due to my use of push and much higher data consumption, I remain on a daily charging routine with my iPhone 4.

But again, these are comparisons within the product category. How Android compares on average to iPhone is another matter. Given previous reports of data usage and battery life, I’m inclined to think segalsegal’s experience was not a fluke, but the real cuprit could be a UI overlay or other embedded third-party software. Regardless, that’s still one story. More raw data is needed before any conclusion is drawn.

If you have used Android phones and iPhones alongside each other, or have switched from one to the other (as Digitaldoc has already shared in the forum), let us know, either here in the comments or in the forum thread, if you’ve noticed a change in data consumption despite maintaining the same habits, or if new habits don’t match up with your change in data consumption.

And in case it needs to be said, please keep in mind, we’re looking for data and experiences. “Android/iPhone is teh awsum” doesn’t help. Furthermore, Android purists may take this as an opportunity to objectively prove that overlay UIs negatively affect the platform.