“Looking for Pinterest Android application? Download Now!” brags the first search result for Pinterest for Android, but the only thing this app will pin is ads to the Android notification bar.

The fake Pinterest app provides a full screen browser with Pinterest as the home page. The claims that this app runs faster than the mobile site of Pinterest is laughable, because that’s what this app uses to connect users to Pinterest. 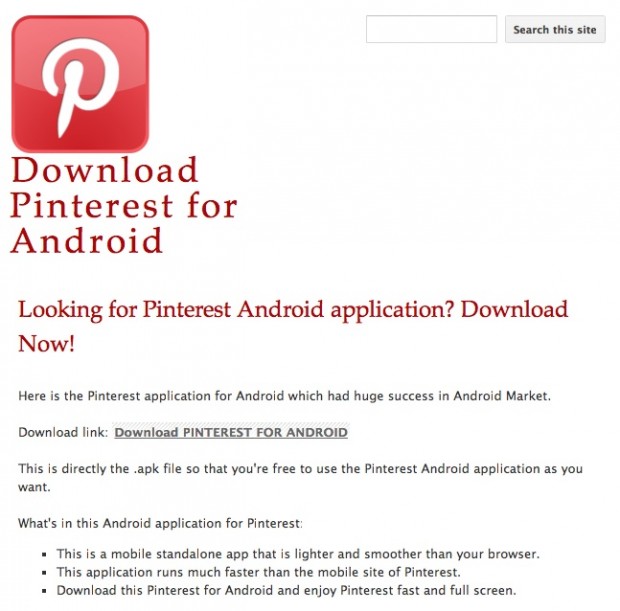 Apps installed from third parties are often used for installing malware and stealing information. The fake Pinterest app has access to browser history and bookmarks as well as the user’s location, including fine (GPS) location.

According to Addons Detector, a free app that detects apps that use add-ons to push ads, to discover that FasterPin, uses AirPush to push ads to the device. 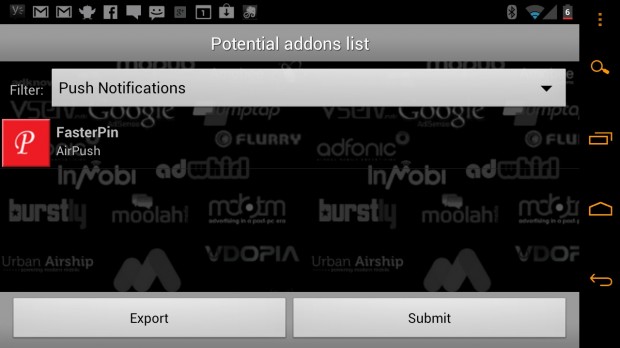 Third party Android markets like Amazon and GetJar have a good track record, but apps downloaded from a shared Dropbox link do not have the same level of trust.

This isn’t the first app that claims to be the official Pinterest app for Android. We first warned users about the fake Pinterest Android app in the Android Market, now Google Play, back in February, and the problem isn’t any better.