Earlier today, we heard that the Samsung Galaxy S III Jelly Bean update would be rolling out internationally in October. However, those who own U.S. versions of the device should temper their expectations when it comes to a release date in the United States.

Samsung has apparently confirmed the Galaxy S III Jelly Bean update will hit the international version of the device at some point next month. But what that means for the U.S. isn’t quite clear.

That being said, owners of the variants on AT&T, Sprint, T-Mobile, Verizon and U.S. Cellular should not be reading too much into the news today. There are several reasons for that.

Unless Samsung devised a new way of rolling out major Android updates to its devices around the globe, the Jelly Bean update will likely play out like updates of the past.

Owners of this device will more than likely see the update roll out in October.

Next, carrier branded Galaxy S III devices in places like the United Kingdom will see the update. How long after the unlocked version? We can’t be sure, but we definitely expect the UK to be at the forefront of the carrier-branded Jelly Bean update process.

Hopefully, the UK sees its Galaxy S III Jelly Bean update roll out in October but nothing is for certain at this point.

After those roll outs, the U.S. should see its Android 4.1 Jelly Bean roll out begin. Just when that will be though is a complete mystery.

U.S. carriers are generally extremely slow to get their devices upgraded to the latest Android software and at this point, there is no reason to believe that the Galaxy S III will be a special case.

The U.S. is generally behind the rest of the world when it comes to the timing of Android updates. In the case of the Galaxy Note, AT&T’s Galaxy Note ICS update rolled out a month after the UK got its upgrade. With the Galaxy S II, folks in the UK got their update in March while U.S. carriers weren’t able to update their device’s until months later.

Again, there is no reason to believe that the upgrade/carrier approval process for the U.S Galaxy S III variants will be any easier with Android 4.1 Jelly Bean which means that October is an unlikely month for the update to hit the U.S.

Of course, it’s also entirely possible that Samsung changes up the game with the Galaxy S III and Android 4.1 Jelly Bean. After all, Google released the Android PDK which is supposed to help cut down on wait times and we’ve also seen the T-Mobile Galaxy S III Jelly Bean update leak to the surface, a sign that carriers are hard at work. 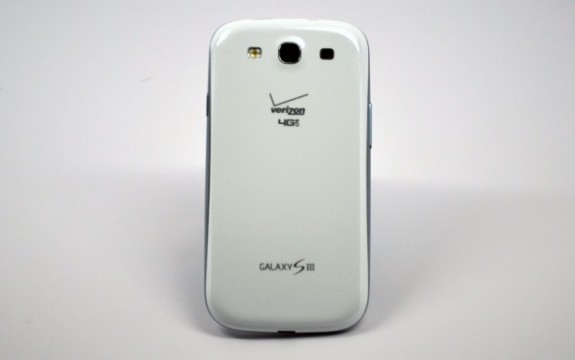 So it’s definitely possible that October could be the month but at this point, owners should not expect it.