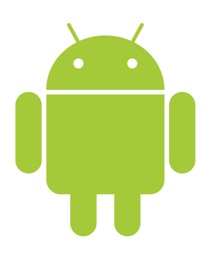 Android technical lead for NFC Nick Pelly of Google told developers at the Google I/O conference that “dozens of NFC phones” are coming later this year in 2011. News of Google’s and its partner’s aggressive push behind the near field communications technology confirms earlier rumors that we’ll be seeing between 40-100 million Android smartphones shipping with NFC this year, which would be the combined total between the dozen or so models coming from OEMs.

Pelly’s statements at I/O were somewhat confusing. The technical lead for NFC encouraged developers to “write some really good applications that make the OEMs see the use cases for NFC,” but later backtracked to say that he knows of a dozens of phones in the pipeline that will have the technology for 2011.

The technology has been widely rumored to be coming and supported by Google as a form of mobile payments or digital wallet. First introduced with Android 2.3 Gingerbread alongside the Nexus S by Samsung, NFC was believed to be leveraged by Google and its partners to allow smartphone users to converge their wallets and their phones together, essentially allowing users to pay for physical goods with their phones rather than having to swipe their credit cards. Users can merely tap or wave their NFC-equipped phones to NFC readers at checkout at stores to pay for physical merchandise, and the bill would either be processed through a digital payment service, via a linked credit card, or through the user’s own cell phone bill, for example.

However, when Pelly was asked about the use of the technology as a digital wallet, he said that Google had nothing to announce at this time. What Pelly was encouraging developers to do was to develop apps for peer-to-peer sharing and zero-click sharing. The technology can enable users, for instance, to tap two NFC devices together to share information, similar to what HP is introducing via its Touchstone sharing solution on the Pre 3 and the Touchpad tablet. Before, wireless sharing was often complex, requiring the right Bluetooth stacks to support Bluetooth sharing and also required pairing Bluetooth devices and the understanding of some minimal level of the technology. With NFC, the sharing process is just a tap away and is much more simpler and easier to use.