Draw Something, the application that has taken both the iOS and Android gaming worlds by storm, has received a major update today that brings a number of new and highly desired features to both mobile platforms.

Both the iOS and Android application have seemingly been updated with the same features. 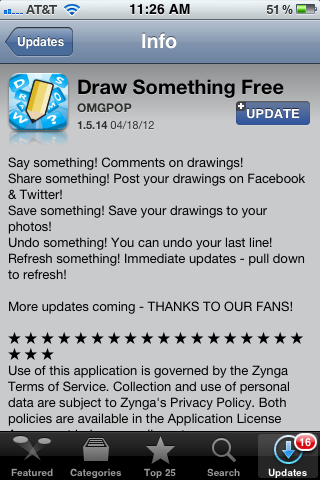 This is a fantastic update to a fantastic game and it should please both avid and casual users.

The update comes shortly after the application surpassed the 50 million download mark and after OMGPOP, the company that developed the game, was bought by mobile gaming giant Zygna for $210 million.