Earlier today, Sprint revealed that it would be launching the Kyocera Rise on August 19th, a device sporting a single core processor and unknown amount of RAM, a small display, and a release date just shy of a year from the Droid Bionic’s own release date.

Why does this matter? Well, because the Kyocera Rise will be running, you guessed it, Android 4.0 Ice Cream Sandwich right out of the box, an update that Motorola and Verizon seemingly can’t get to the Droid Bionic. Of course, it’s possible that we could see the Droid Bionic ICS update between now and August 19th but it wouldn’t make it any less embarrassing. At the very worst, it will have almost been beaten out by the Kyocera Rise.

This is just another example of the sad state of Android.

Devices like the HTC ThunderBolt and Motorola Droid Bionic, devices that have pretty solid specifications, have to wait through broken promises and rumors until they get their first major Android update.

Then, on top of the waits, the software often arrives with bugs on board. 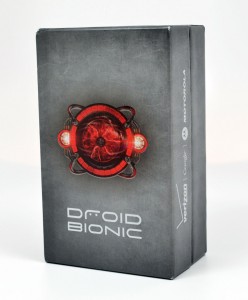 The Droid Bionic may get beaten to ICS by a low-end smartphone.

And finally, to make matters worse, devices with lesser specifications pop up with the software that they have yet to receive. And it’s not just an Ice Cream Sandwich problem either.

There is currently a grand total of two smartphones here in the United States that officially run Android 4.1 Jelly Bean, Google’s latest update that was released in July.

Several Nexus devices, including the Sprint and Verizon Galaxy Nexus have yet to receive their upgrades to Android 4.1 Jelly Bean, which means that other Android devices like the HTC EVO 4G LTE on Sprint, Samsung Galaxy S III on all five major U.S. carriers, HTC One X and so on might be headed down the same embarrassing road as the Motorola Droid Bionic.

Sometimes, I honestly wonder why more Android customers haven’t been hauled away in straitjackets.